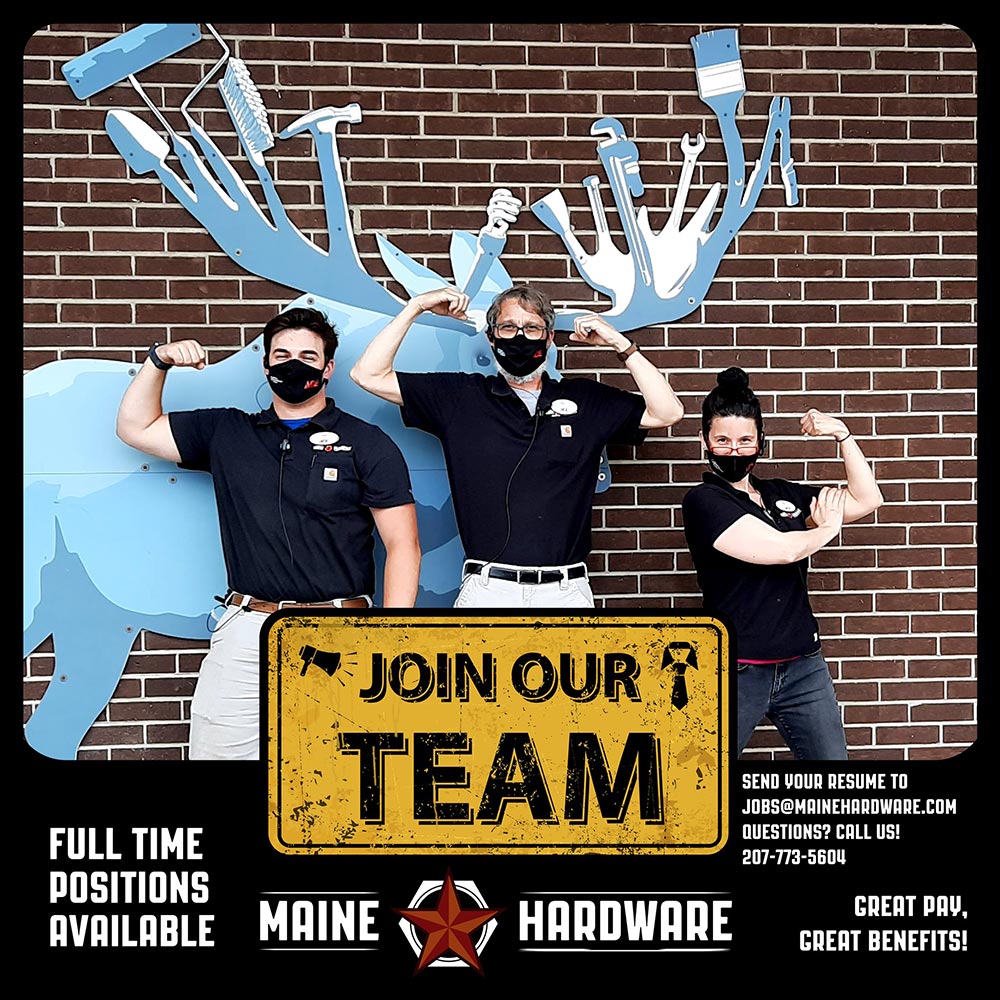 As we continue to operate during a pandemic, staffing issues become even more critical. Read on to learn what hardware retailers were saying on Hardlines Digest recently about the best methods to find new employees and the impact of an increase in the minimum wage.

Brandon Buckalew, who operates Local Ace in East Grand Forks, Minn., wondered if other retailers were finding the hiring situation different since the pandemic started. “I’m advertising a full-time job and two part-time jobs. The full-time job has benefits, vacation, retirement, the whole nine yards. The part-time position offers quick training to become a supervisor with a raise to follow. Been looking for a few weeks and haven’t even gotten an application in,” he posted. 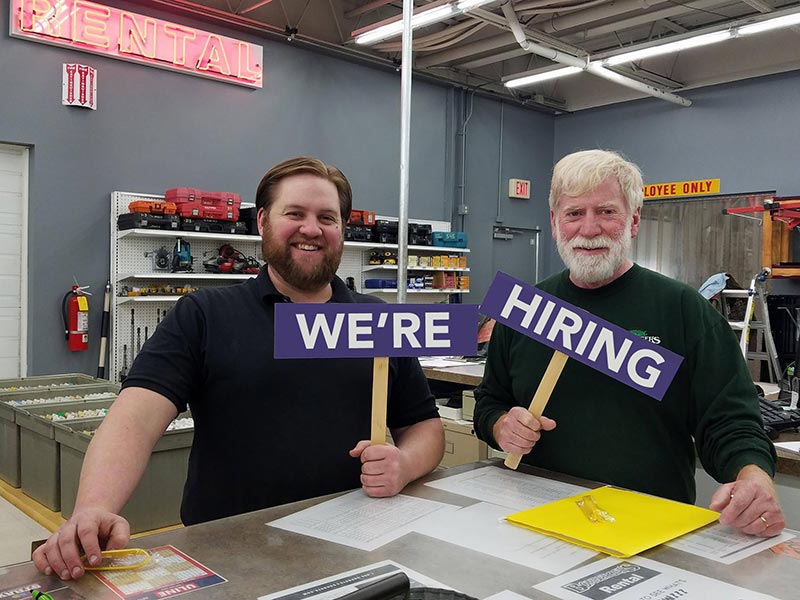 Karla Robson of Slavens True Value in Cortez, Colo., responded, “We have gotten very few applications—mostly school age, high school and college kids. We hired five this summer, full time, they have all officially left as of Monday. We have been looking to replace them for a month—to no avail. Super frustrating. I have actually had adults be honest and say they will stay home as long as the money keeps rolling in. We are still running on average 40-60 customers/day more than same day last year, now with an even shorter crew—it’s great and tiring.”

Danny Meendering of True Value of Concord in North Carolina, added, “We’ve had good luck with Indeed. We spend $10-$20/day advertising and usually get 3-5 applicants per day. Ninety percent are not worth reading, but I have hired two small engine parts counter guys and two cashiers for two stores in the last month. I’d call that a success.” 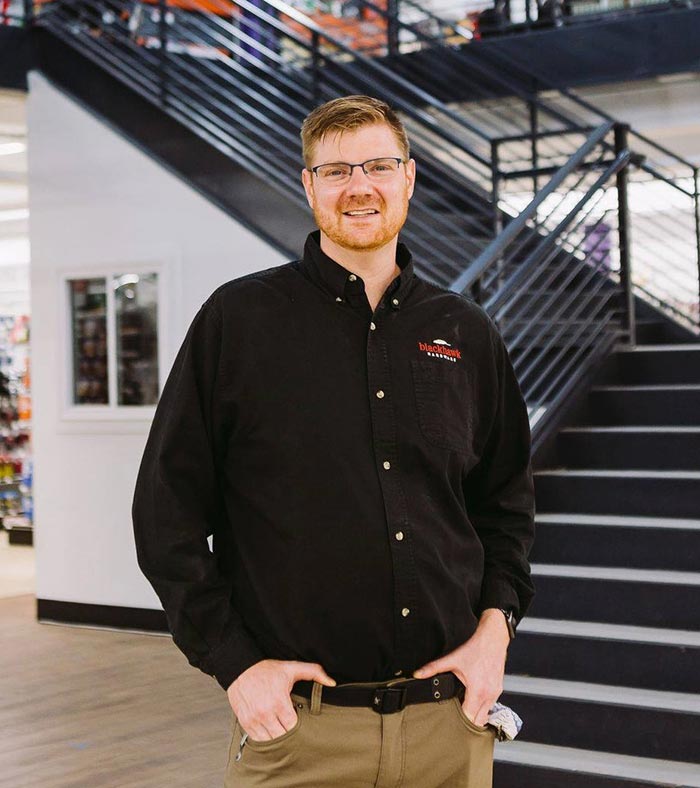 Andy Wilkerson of Blackhawk Hardware in Charlotte, N.C., posted, “We are having the same trouble as everyone else. Seven out of 10 people that we set up interview times are no shows. We are going through Indeed so we can mark them down to other employers as no shows. Also, Indeed has 85 percent of the job searches in the U.S. So that and a sign in your window covers most of the traditional job market. Some non-traditional places that we have had luck with: felon placement programs, halfway houses, domestic violence organizations. We are setting up a relationship with an organization that helps place people with autism and Down syndrome as well. We have had some great employees come from those nontraditional places, stable dependable employees who were with us or have been with us for years. I can’t recall one that hasn’t worked out reasonably well.”

Rick Heuser of Handyman Hardware in St. Cloud, Fla., thanked Wilkerson for bringing up those nontraditional places to find employees. “Prior to getting into hardware, I ran a halfway house for juveniles in Orlando. Our kids were in great demand. Employers knew that they would show up on time, that if they needed them to work later, all they had to do was call us and let us know. They knew that we would also do spot checks, and that if there ever was a problem we would respond. The kids that worked learned work ethics that they carried with them when they went home,” he posted.

Taylor Cox of Cox Hardware & Lumber in Houston added, “We have a decent-sized LED sign outside our business that’s consistently our number one source for hires—just put a big “NOW HIRING” with a 3-4 word description of position like ‘Floor Sales F/T’ and we start getting a decent amount of applications after a week or so. We are situated along a U.S. Highway, so the sign gets a lot of eyeballs, and we find that it’s nice to have folks in the neighborhood who know who and where you are rather than someone coming in from 45 minutes away and have no idea what to expect. Same results for online job offerings—lots of chaff, very little if any wheat.”

Bruce Phillips of Crowder Bros. Ace Hardware in Lakeland, Fla., expressed concern over a coming increase in the minimum wage in his state. He noted Florida’s current minimum wage is $8.50—that will jump to $10 an hour in September, then an increase of $1 every year for five years. Phillips was seeking other retailers’ advice on how they have handled this situation. “Were you proactive and started increasing employees before the increase date? Did you have employees that were already above the minimum wage ask for a pay increase because everyone under the new minimum wage were getting raises?” he asked.

Phillips has already starting looking at each employee and has bumped up a few. Here’s the way he sees it:

• We’re going to have to do more with less staff.

• We’re going to have to be much more selective with any new staff we have to hire.

• Retails will have to be raised.

He continued, “Of the 47 employees I just looked over, there were 23 that are just under the $10 wage. Quite a few are high school and college-aged employees working part-time positions. Up until now, I have been setting our starting wage for a full-time sales associate between $10-$12. We just interviewed two different candidates that had been working at the nearby Lowe’s, both making $11.50 per hour.”

Alan Talman of Karp’s Hardware in East Northport, N.Y., responded, “Long Island and Westchester County (the counties just outside of New York City) saw their minimum wage rise to $14 from $13 an hour on December 31. We’ve been paying a few cents over minimum for our bottom tier, usually $13.00 to $13.50 for the past couple of years. It hurts my heart to pay $13.00/hour to get the floor swept, but it’s the cards we’ve been dealt. I also provide bottled water (and Gatorade in the hot weather), I buy lunch pretty regularly on Saturdays, I buy bagels and coffee once a week or so. I have much fewer employees than you do, so it’s easier for me to do the extra things.”

Carrie Dickey of Dickey Bub Farm & Home, posted, “We are in Missouri and our state has been moving to $10 the last two years. We are almost there. We eliminated (mostly through resignations) a full-time department manager position at each of our four locations and moved all full-timers to $12-13/hour. We had meetings with everyone, and discussed that we are consolidating some responsibilities across 4-5 people so that everyone can get a pay increase. It went over well, since the responsibilities went to many people. We did not use the increase in minimum wage as our explanation. We spun it a little different to seem like we weren’t reacting but looking out for their best interest, which is true because I wanted to pay my reliable team members more.”

Dickey added, “My advice is to act quickly on your full-time salary, because all the other retailers and businesses will be going to $12 or maybe more. And then your team will see and hear what is out there and you will have a hard time finding new employees.”

Buckalew with Local Ace posted, “I’m in Minnesota. We are around $10 minimum and our minimum goes up every year with inflation. I start my high school and college kids out at $10, but have them do so some Ace training and get bronze certification in Stihl and bump them up to $10.50. Other part-timers get to start at $11. I try and get more raises as fast as possible. Full timers start at $12; if they have experience they can start as high as $15-$18.”

He added, “A few years ago when Minnesota started raising the minimum by inflation, I was worried about it. When you think about every dollar in raises being $2,000 out of your pocket it gets worrisome. I’m on a border city with North Dakota and their minimum is still the Federal rate. Instead of getting mad about it, I realized if I’m required to pay that much more, I can have that much higher of standards. Until this past spring, when Burger King, Qdoba and Target all on the North Dakota side were starting all part-timers at $12. I couldn’t get anyone until I became okay with having to pay more.”

He concluded, “The question is what do you do with people making more than the minimum? Bump them up the same dollar amount, not the same percentage. They’ll be happy to get a raise. Obviously, there’s a difference between getting a nickel for a raise and $5 an hour, but you have to avoid being pennywise and dollar dumb. Your staff is an investment and an asset. You want quality staff, and one way to get that is through their paycheck.”

Jessica Bettencourt of Klem’s in Spencer, Mass., posted, “I am in Massachusetts and we are well on our way to $15.00. I would start by figuring out your dollar increase in wages based on historical payroll, then you have an idea what you’re up against. Yes, all staff who are close to the new minimum will ask for raises; they won’t sit around and wait for minimum to catch up to them. We honestly haven’t been profitable since these increases started, but are at least keeping up with it and will hopefully return to profitability once minimum stabilizes. Price changes matter, expenses matter, add-on sales matter. Once you know your hit, then you can design additional revenue/cost reductions to help control it.”

John Fix started Hardlines Digest in 1996. The list was run for many years using servers in John’s hardware store, Cornell’s True Value in Eastchester, N.Y., but the list has migrated to Google Groups. There are currently more than 2,300 subscribers reading Hardlines Digest. To read more or subscribe, go to www.hardlinesdigest.com.