Nestled along the banks of the Missouri River, Hermann, Mo., is about 85 miles west of St. Louis. Settled by German immigrants in the early 1800s, Hermann is home to several festivals and the area is also a wine region with several wineries nearby. The historic, close-knit community has about 2,400 residents and serves as fertile ground for Hermann Lumber, a fourth-generation, family-owned hardware business.

Because of careful long-term development and a thoughtful succession plan, Hermann Lumber joined The Hardware Connection Century Club this year, marking its 100-year anniversary with a weekend-long celebration. 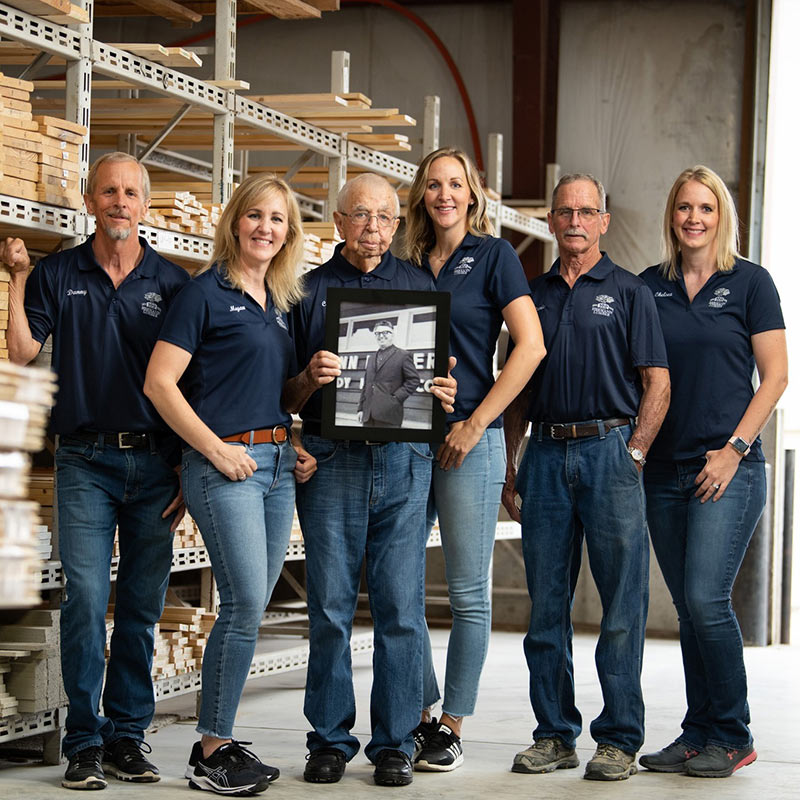 The family business has been in good hands for four generations. From l to r: Danny Baumstark, Megan Stiers, Charles Baumstark (holding a picture of his father and company founder Albert Baumstark), Rachel Korman, Denis Baumstark and Chelsea Rohlfing. 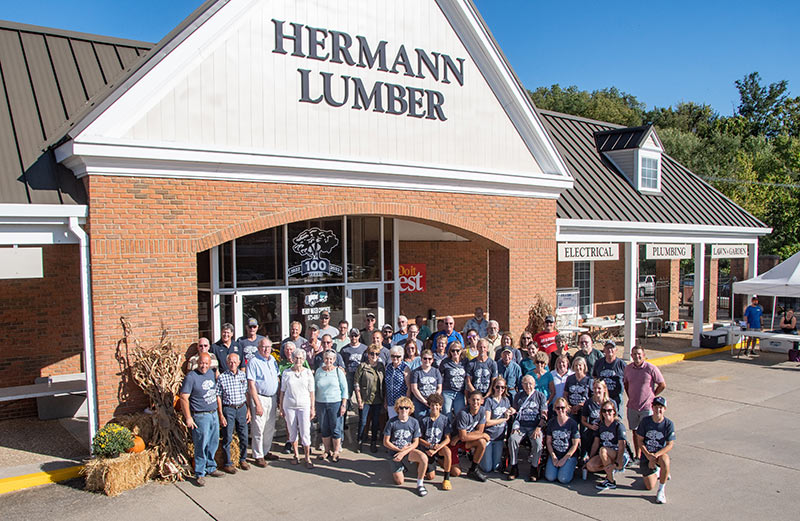 During the two-day event September 23 and 24, Hermann Lumber hosted an extravaganza showing off its larger, recently renovated store along with offering prizes, discounts, food, games, live entertainment and vendor demonstrations.

“We were overwhelmed by the turnout,” said third-generation owner and President Dan Baumstark. “We greatly appreciate everyone who came out to show their support for Hermann Lumber and celebrate with us. Our family looks forward to many more years of serving this great community.” 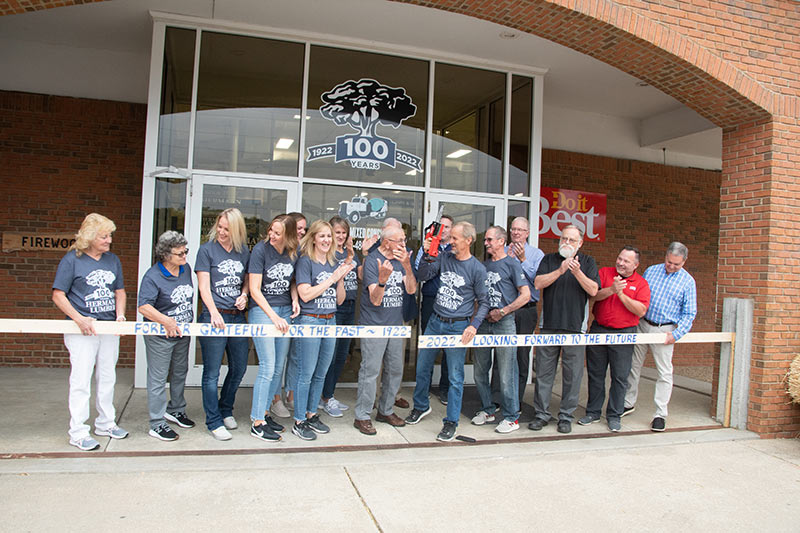 The family held a ribbon-cutting ceremony during the anniversary weekend to recognize 100 years of success and to look forward to a promising future. 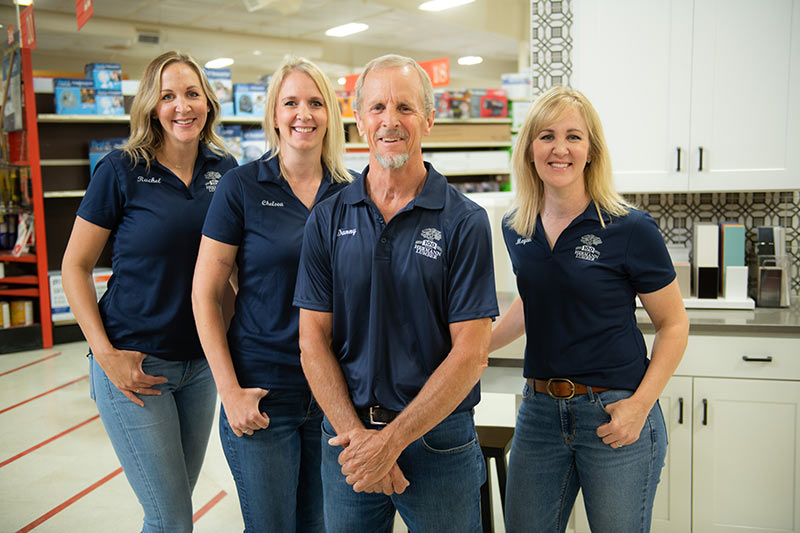 President Danny Baumstark (second from right) is reassured that the company’s future is in the capable hands of his three daughters (from left): Rachel Korman, Chelsea Rohlfing and Megan Stiers.

This celebration could not have occurred without the years of meticulous planning and preparation that have become hallmarks of the business.

“Hermann Lumber is the pinnacle of what an independent hardware store should be,” says Brandon Eckardt, who has been the store’s Do it Best territory manager since 2014. “They’re amazing people and Do it Best is proud to support a business like theirs. They are the backbone to the American business economy.”

The Baumstark family history of hardware retailing actually dates back more than a century. Albert Baumstark, just out of eighth grade, took on a part-time job as an office clerk at Klenk Lumber. When the owner passed away and the business was bought out by another lumber retailer, Albert was hired as manager at age 19. Two years later, in 1922, the business was renamed Hermann Lumber and over the next few decades, Albert gradually bought into the company until the family had full ownership in the 1970s. Charles’ son, Danny, began buying into ownership in 1972 at the age of 18. 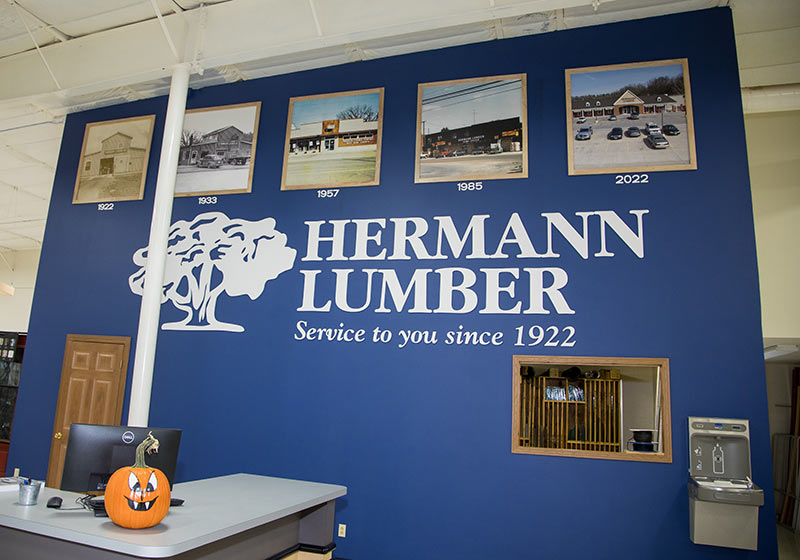 The store was given a refreshed look for the 100th anniversary celebration with a nod to the past. 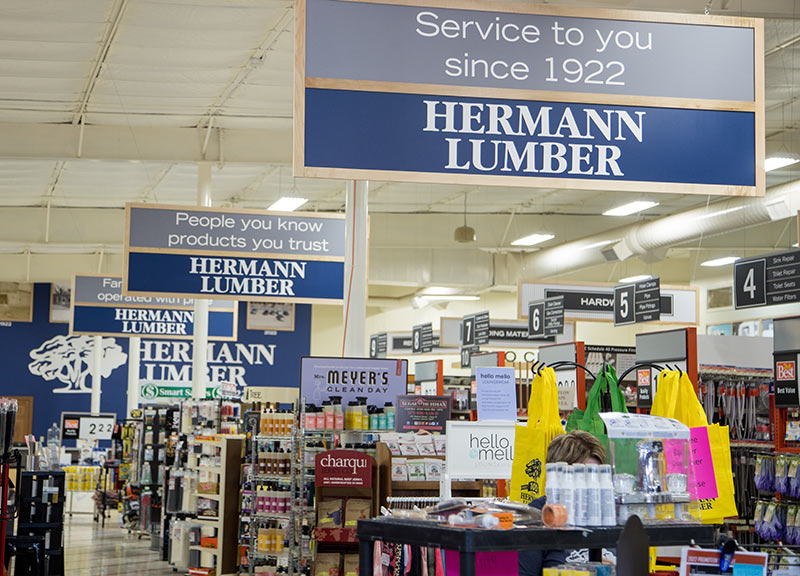 In 2002, Megan Stiers, Danny’s oldest daughter, began her career at the store after earning a business degree. During the next decade, Danny’s other daughters, Rachel Korman and Chelsea Rohlfing, also joined the family business.

In addition to Hermann Lumber, the company includes New Haven Lumber, about 15 miles to the southeast, and a concrete plant.

Continue Reading in the November 2022 Issue of The Hardware Connection