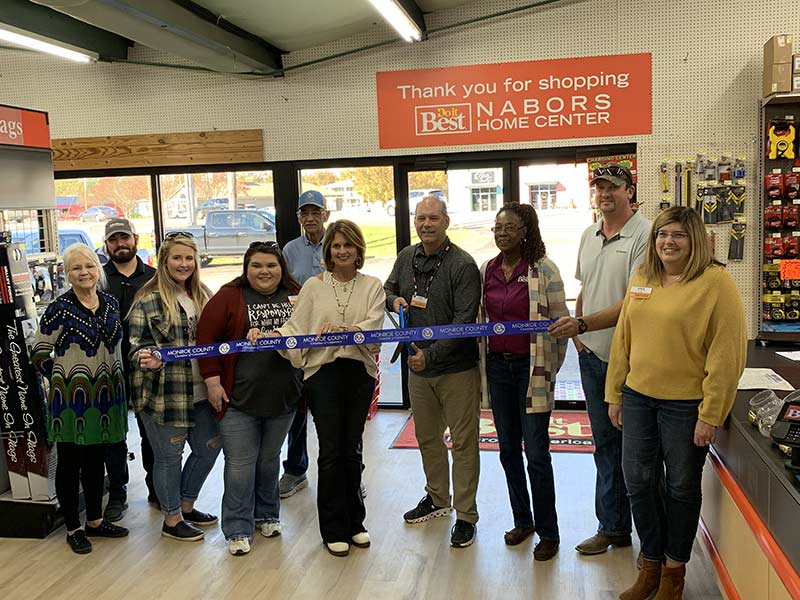 Joined by his wife Millette and his team, Lee Nabors cuts the ribbon on the new Nabors Do it Best Home Center in Amory, Miss. »

When Lee Nabors walked into C & D Lumber in Amory, Miss., for the first time, one thing felt very clear to him: This was not a welcoming place for women. When he made the decision to purchase the contractor-oriented lumberyard and turn it into the fourth Nabors Do it Best Home Center location, he promised himself that he would go to great lengths to appeal to the area’s female customers.

For more than 30 years, Nabors has analyzed hardware industry shopping trends and has long believed that the influence women have over purchasing decisions represents an important and growing opportunity. He and his staff dedicate time to pour over popular items on social media apps like Pinterest and monitor TV shows like “Fixer Upper,” “Property Brothers,” “This Old House,” and more to find the same inspirations, ideas and trends that women in his area are seeing.

Nabors Do it Best Home Center’s new store in Amory expanded by 6,500 square feet as part of the remodel. » 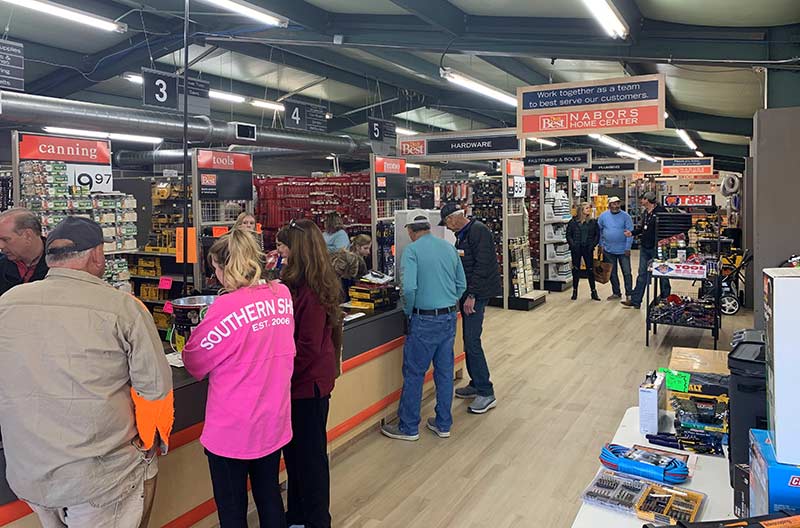 Following his acquisition of C & D Lumber in late 2020, Nabors spent much of this year transitioning the store to their brand, adding approximately 6,500 square feet of retail space, as well as renovating the lumberyard and store interior. Like his other three locations throughout Mississippi in Ackerman, Eupora and Houston, Nabors also aimed to make this new store more welcoming to female shoppers.

As for the physical location itself, Nabors set to work remodeling the lumberyard to be visually appealing, better lit and with clean and accessible bathrooms. Although it was primarily a pro lumberyard in the past, he says these are important steps towards transitioning to a more inclusive environment.

“There was just one bathroom in the old store. I told our architect that these restrooms had to be female-friendly. Now we have large, clean, handicapped accessible restrooms,” Nabors says. 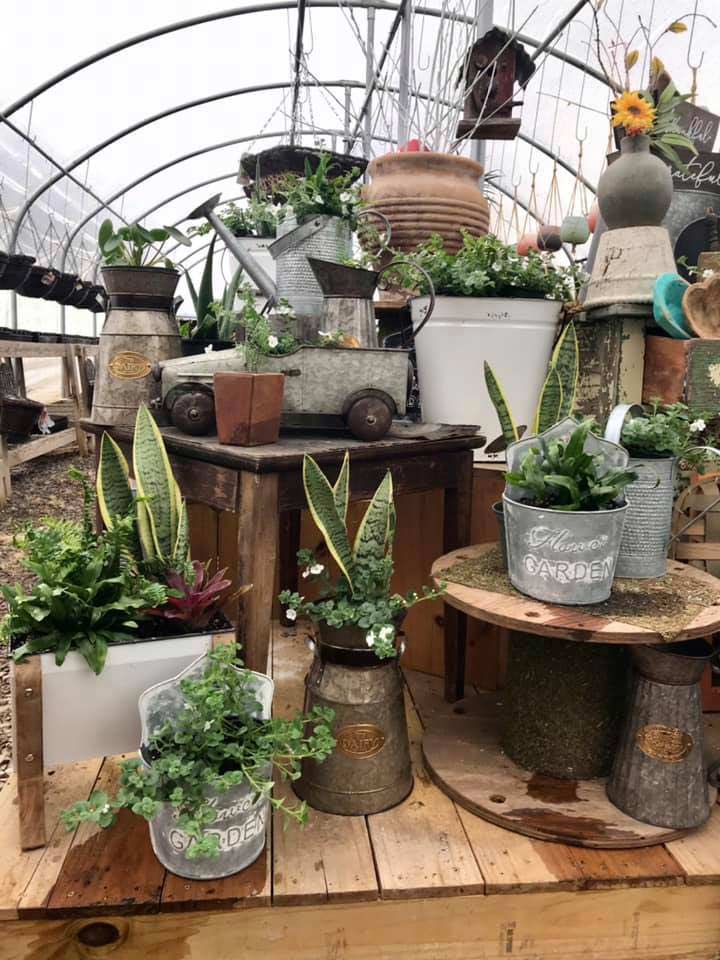 Creative merchandising at all four Nabors Do it Home Center locations is designed to appeal to female customers.»

Another key step was to hire more women who are knowledgeable about hardware and lumber to make other women feel more comfortable shopping in the Amory store. “We hired three smart female employees right off the bat. They are all very capable and we recently hired a fourth,” Nabors says.

They installed all-new fixtures and signage to make the store easier to shop. “It was an afterthought and after remerchandising, but we put in new floorcovering and that just made it pop. It was vinyl plank 6’ x 3’ heavy-duty commercial flooring,” he explains. 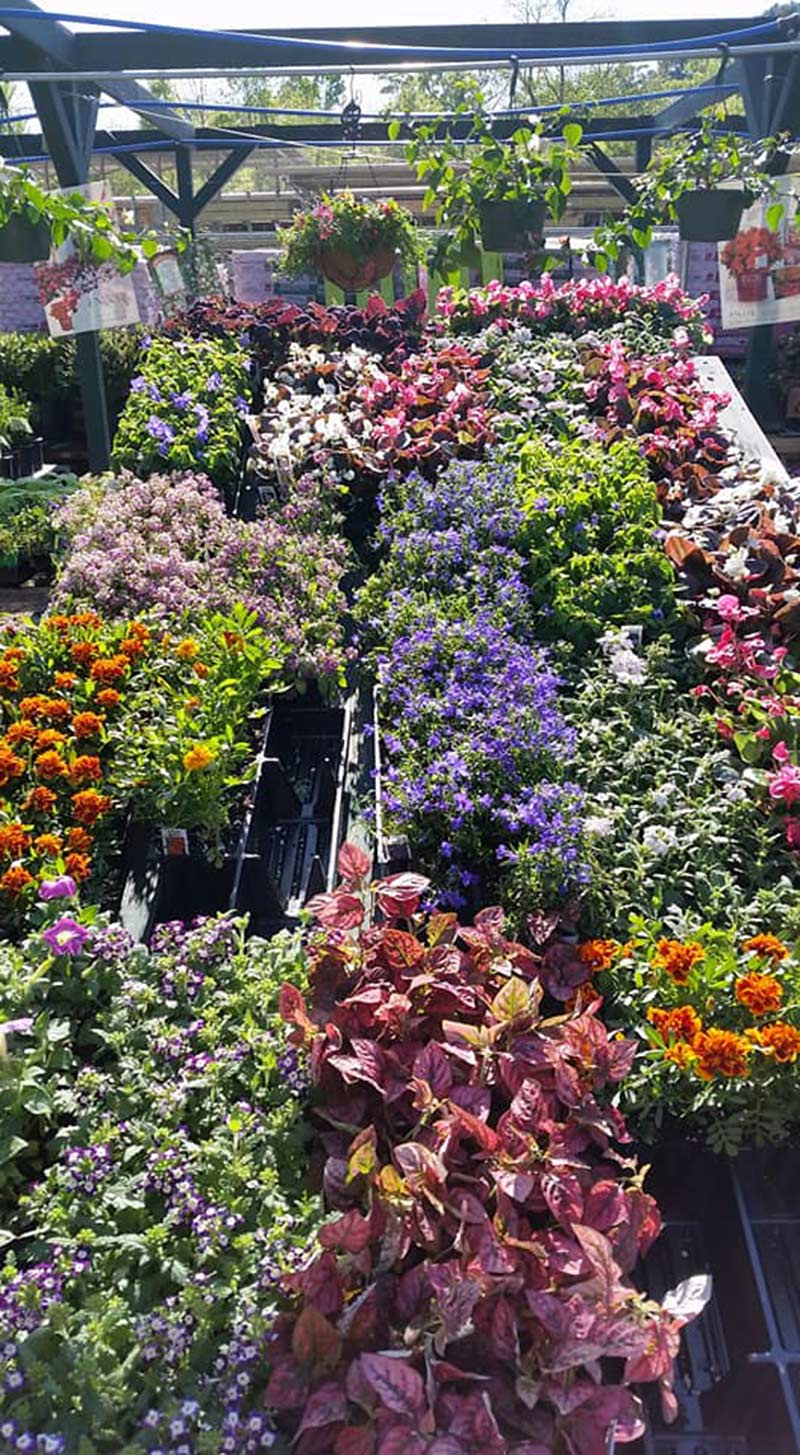 Nabors points out, “We would get comments from women as soon as they walked in, that they had a sense they came to the right place.”

Previously, the store was very contractor-oriented and it didn’t have the environment to make it a destination. Nabors set about to change that. “We wanted to be dominant in three areas: keys, so we bought technology to do modern auto keys; we wanted to be known to have deep inventory on air and furnace filters; and most important was fasteners,” he says.

Nabors adds, “We also added paint, which the store didn’t have before, and we added the latest color-matching equipment.” 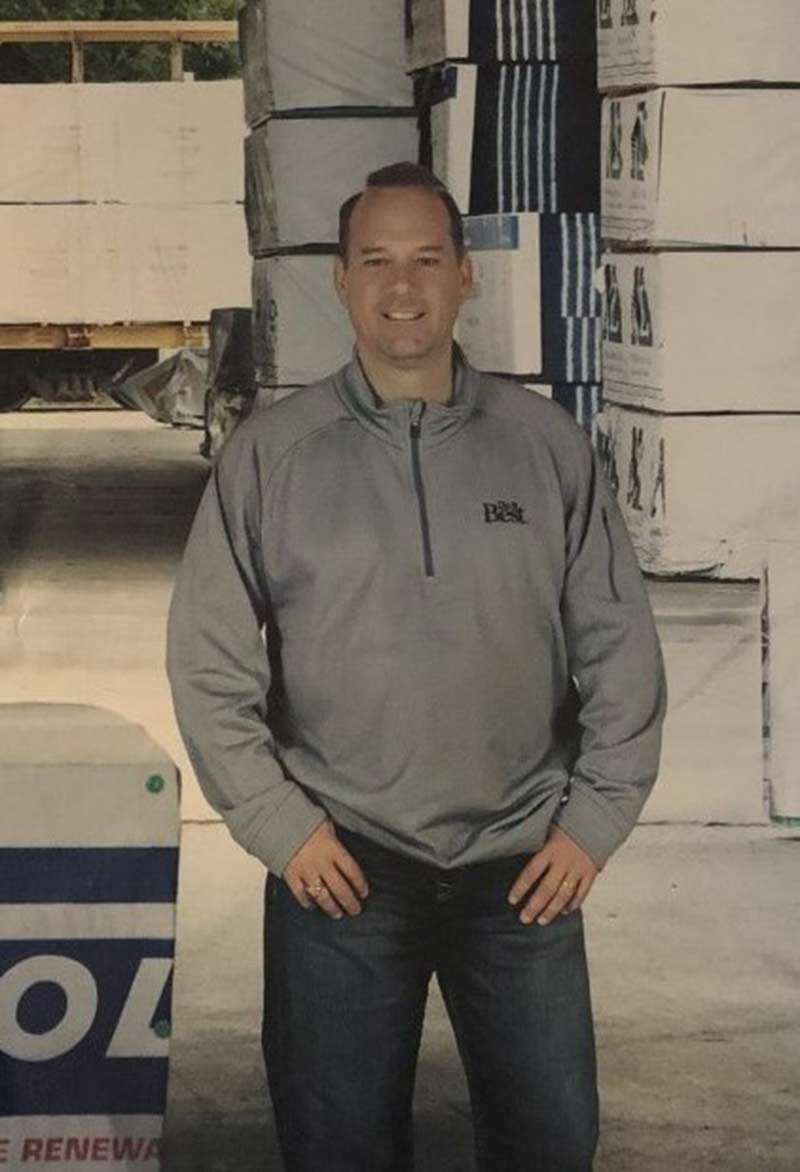 Lee Nabors’ retailing principles revolve around building a strong team and making sure his stores appeal to women.»

Nabors Home Center was founded in 1961 by Lee Nabors’ grandfather, Harley, so the business is celebrating its 60th anniversary this year. They have been Do it Best members since 1988.

The grand reopening weekend in November included store specials and giveaways, food and entertainment by a local band. It attracted a strong response from a grateful community. 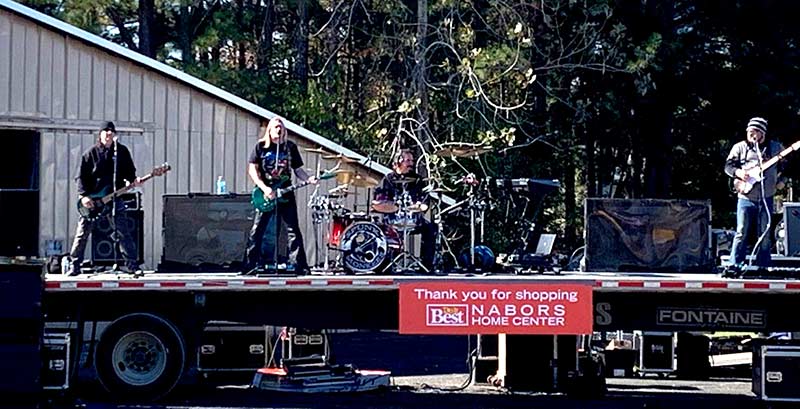 With a flatbed for a stage, a local band welcomed customers to the new store during the grand reopening.

“We’ve been excited about the opportunity to bring the Nabors Do it Best Home Center experiences to Amory,” said Nabors. “For 60 years, we’ve built our family business on providing the communities we serve with our unique combination of product, price and service, and it’s been foundational to our continued growth and success.”

In the future, Nabors hopes to find the right timing to hold a Ladies Night event.

“We get lots of positive comments, especially from female customers. They say they can’t believe how nice the store is now,” says Nabors. “And we continue to hear they’re glad they don’t have to go to Lowe’s now.”