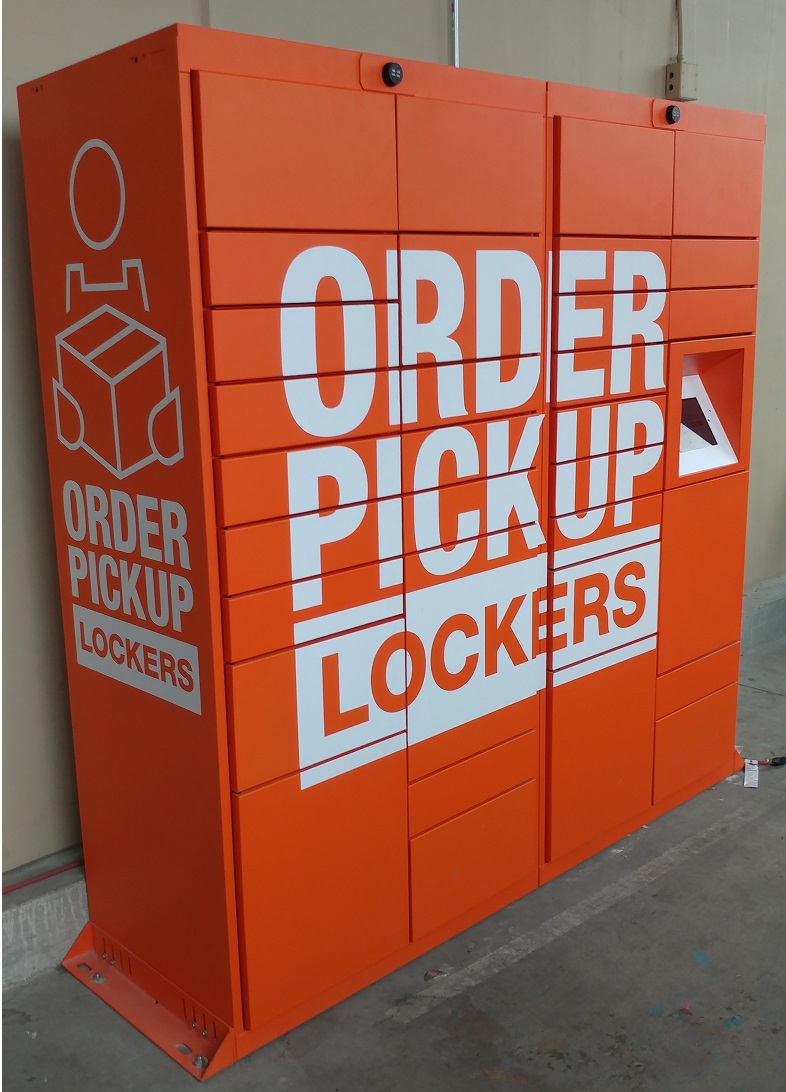 Home Depot online customers can retrieve orders in as little as two hours at pickup lockers in many of its stores.»

Amazon may be the biggest competitive threat facing hardware retailers these days, but that doesn’t mean one should turn down an opportunity to piggyback on the success of the online giant. As the familiar saying goes: if you can’t beat them, join them.

An increasing number of hardware and home improvement retailers have signed up their stores to serve as an Amazon Hub, which is a worldwide network of pickup and return locations for those who have purchased something on Amazon.

What is Amazon Hub?

The Amazon Hub program enables any business with a physical location to offer secure and convenient package pickup and returns to Amazon customers, which can lead to a potential increase in foot traffic and sales.

Amazon Hub Counter is a network of assisted pickup locations where Amazon customers can pick up and return packages right at the counter. This creates opportunities to interact with new and existing customers and expose them to what your store has to offer.

Amazon Hub Locker is a secure, self-serve, fully automated kiosk providing a convenient delivery solution for customers to pick up their Amazon packages. Lockers offer a contact-less experience to customers, so it is something to consider if you have underutilized space at your location. 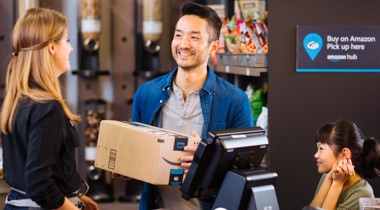 Hardware retailers are signing up to serve as pickup locations for Amazon packages.»

How Does Amazon Hub Counter Work?

Amazon Hub Counters receive deliveries of Amazon packages every day. They scan packages when they arrive, triggering an email to the customer that notifies them that their order is ready for pickup. When an Amazon customer arrives to collect their package, they provide the store staff their pickup barcode or six-digit code received via email. 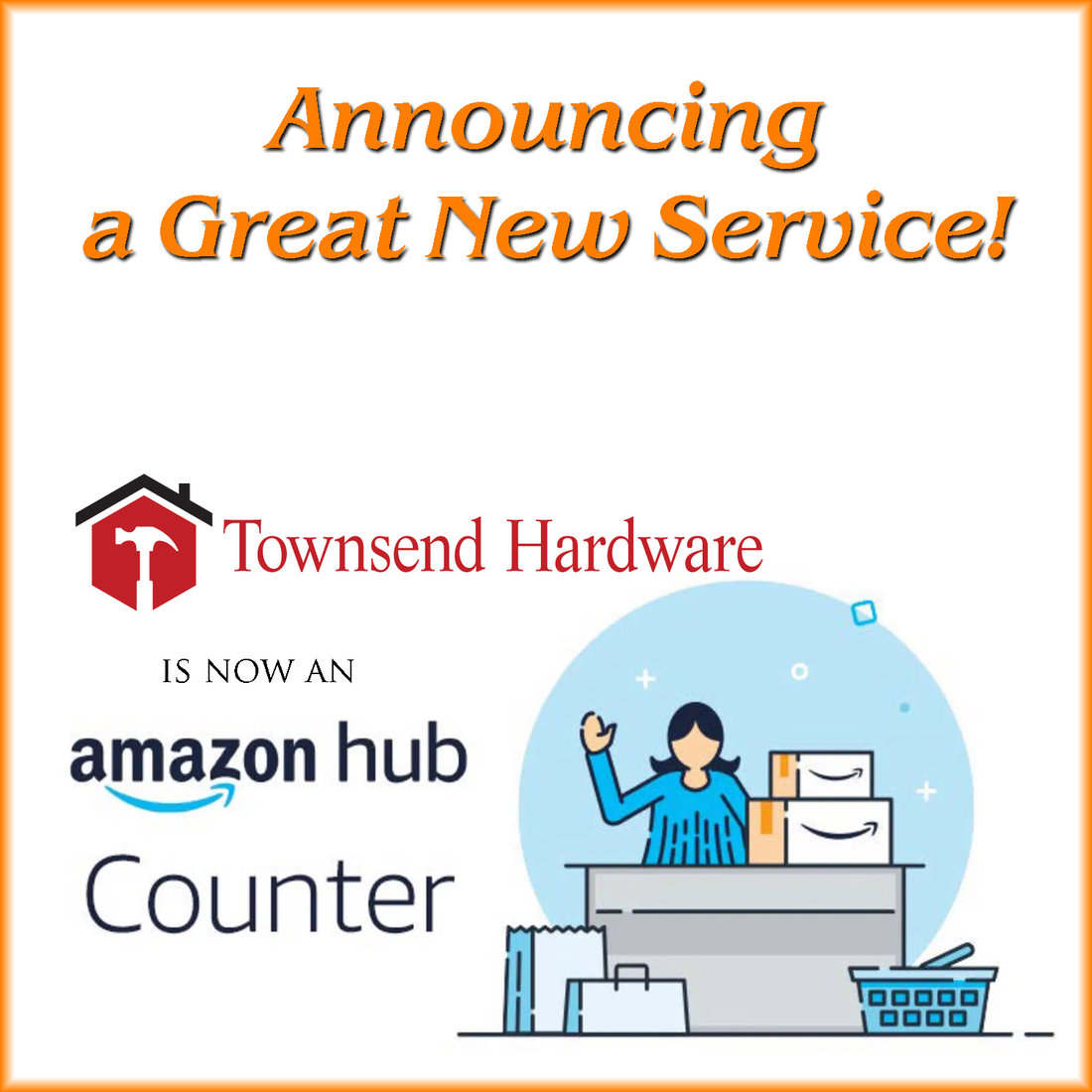 Townsend Hardware in Montana posted this on Facebook to promote its location as an Amazon Hub Counter.»

Adam Taylor, who operates three Trust Hardware stores in Indianapolis that are open 24/7, made sure his newest store that opened in April joined his other two stores as Amazon Hub Counters. “We just flipped it on, so I’ll have a much better read on it in a few months. But it’s been smooth so far and traffic is always the goal,” he says.

Taylor adds, “I’m not afraid of Amazon. We create an experience and value that’s different. I’m happy to have them plug into us. Business always has to evolve and I see my stores as hubs of their community. They’re the perfect size to adjust and do stuff like this.”

He points out that he is also setting up his stores with the UPS Access Point program soon, which operates the same way as Amazon Hub. “This all dovetails with the ice cream fridge I’m putting in. That will be in-store sales but will also be plugged in to Door Dash and Uber Eats for in-home delivery. There are so many opportunities. You are only limited by your own mind and what your tolerance is for flowing with what’s coming for retail,” Taylor says.

John Nix of Nix Lumber and Hardware in Oklahoma City, Okla., says his store has had an Amazon Hub Counter for about three months. “We get about 15 packages a week. It’s fairly easy to do. We have a phone that’s dedicated to it,” he says.

Nix has been pleased to discover that quite a few of the Amazon Hub customers are coming into the store for the first time. “They have to walk to the back of the store and we hand them their package and a 10 percent discount coupon,” he says.

Gwynn Oliver of Taylorsville Hardware in Taylorsville, Ky., says operating an Amazon Hub Counter has been working pretty good so far. Her store is just doing pickups, not returns, and she points out that Amazon does not require retailers to have a dedicated space for it in their stores.

“We’ve been doing it about four months. It’s starting to pick up now,” she says. “The site is easy to use but customer support has been hit and miss connecting with someone. It didn’t take much to set up. Amazon asked if we wanted to buy a device, but we downloaded the app and use on our cell phone.”

According to Oliver, the Amazon Hub has brought in some new people. “It has brought more awareness and will bring more traffic to the store. We’re in a very rural area. People like using this service because they’re out in a rural area and their location often can’t be found to drop off packages,” she points out.

Oliver adds, “We’re not using the signage they sent because it says PUDO (pick up drop off) and not Amazon, and I didn’t think people would know what that means.”

Taylorsville Hardware does not get any compensation for being an Amazon Hub Counter, other than extra traffic that can potentially lead to extra sales. “You just click and scan the bar code. We’re getting two or three a week and it’s catching on more. When people go to the Amazon site this comes up as a local option for people who want an alternative delivery location,” she says.

For Oliver, serving as an Amazon Hub Counter is just a smart business decision. “If I get customers in the door I want them to see they can get what they need in the store. This will have long-term potential for us,” she says. 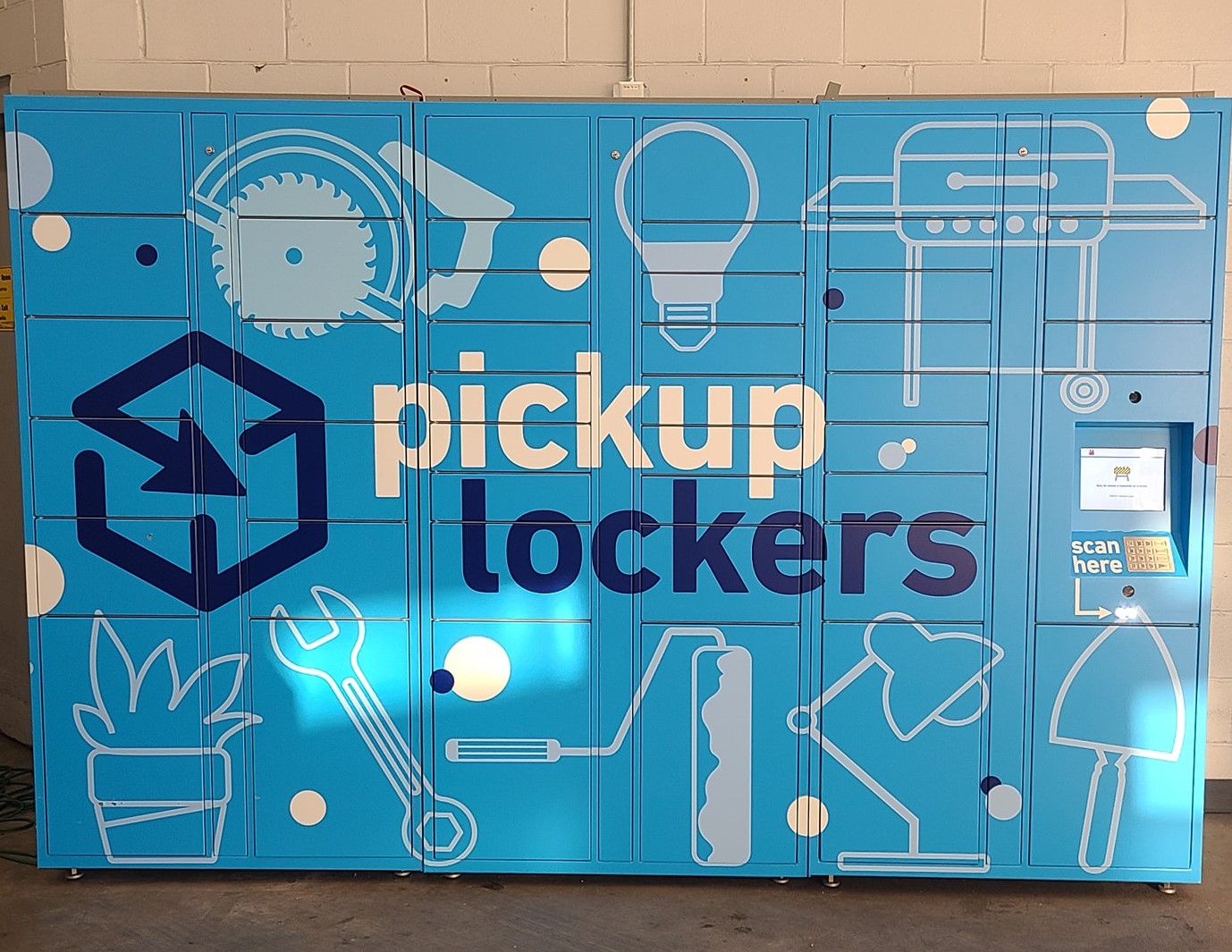 What Are Big Boxes Doing?

Research shows that touchless retail services will continue to remain popular with consumers. A study by McKinsey & Company revealed that 60 percent of U.S. consumers who are currently doing buy-online-pickup-in-store (BOPIS) plan to continue using the service even after the pandemic subsides.

Lowe’s and Home Depot have both been adding to their online distribution networks and expanding technology and services to support online growth.

Lowe’s began adding contactless self-service pickup lockers for BOPIS orders last year and had installed in nearly all 1,700 U.S. stores by March 2021. It was added to 48 Lowe’s stores in Canada in April.

Home Depot automated pickup lockers are available at 1,100 stores, with orders available in as little as two hours.