• Nation’s Best has acquired BTU Do it Center, a Do it Best member based in Las Vegas, N.M., and also Hometown Hardware in Longview, Texas.

• Trussville Ace Hardware is opening in Trussville, Ala.

• Robin Dow Parker, owner of Canaan Hardware & Supply in Canaan, N.H., was selected by the New Hampshire Union Leader for their 40 Under 40 list. 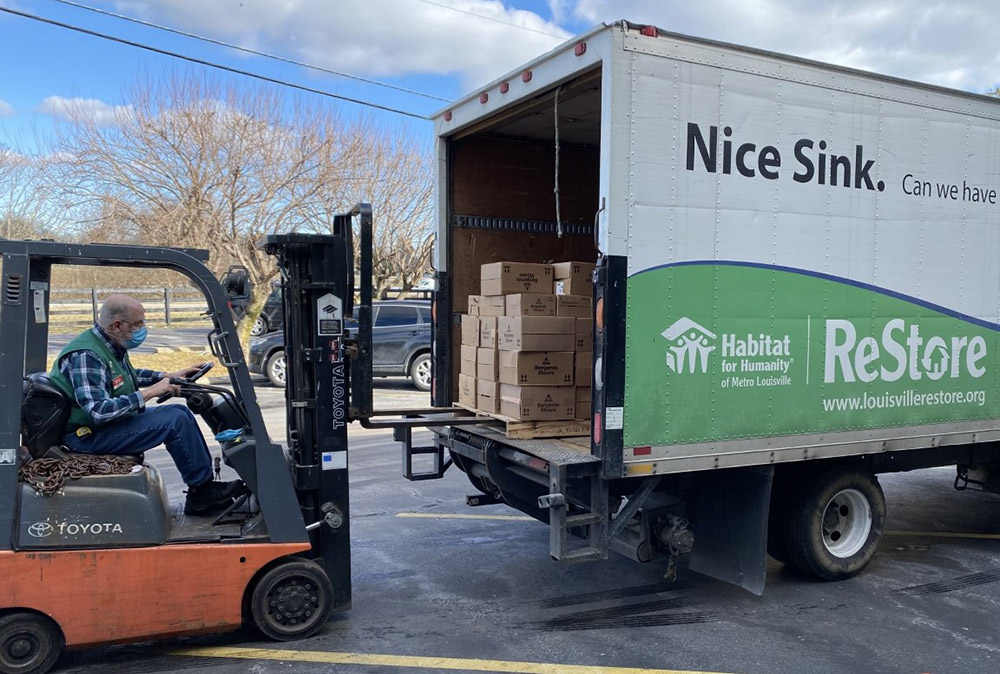 • Many homes in the Louisville area will be getting a colorful facelift, thanks to the generosity of Brownsboro Hardware & Paint. The company recently donated some $10,000 in new paint to Habitat for Humanity ReStore. ReStore will have the paint available for customers at reduced rates at their two retail locations, and proceeds from the sales will go to help more local families in need of affordable housing. “We are passionate about helping our community,” added Jim Lehrer, co-owner of Brownsboro Hardware & Paint. “The loyalty and support of our existing customers enables us to ‘pay it forward’ with this gift of paint to the Habitat for Humanity’s ReStores.”

People On the Move:

Wholesalers in the News:

• The National Hardware Show announced that the 75th anniversary event will now take place October 21-23, 2021. The show will remain in the Las Vegas Convention Center in Las Vegas, Nev., but will move to the newly opened West Hall.

• January 2021 marks 10 years of Independent We Stand (IWS). This year, the national small business movement celebrates a decade of promoting the vital economic role independent businesses have on our communities’ success. For a decade, IWS has aimed to educate consumers about the importance and strong economic benefits of buying local and encouraging small business owners to tout their locally owned status.

• Mayhew Steel Products (Mayhew Tools) is partnering with SGB Racing in a new sponsorship that supports the teams’ riders in all of the 2021 Pro Motocross Nationals, and in a few select rounds of the 2021 AMA Supercross.

• Dave Hight, co-founder and driving force of iconic McGuckin Hardware in Boulder, Colo., for over six decades, passed away January 18 at the age of 91. His innovative approach to business and commitment to principal was known as the McGuckin Way and best exemplified by the Green Vests that came to stand for legendary service. A U.S. Navy veteran, he joined his father-in-law at McGuckin Hardware in 1960, taking over as sole owners with his wife Dee after his father-in-law died in 1966. He came to the store every day until the pandemic kicked in last year and his family urged him to stay home. Dave was inducted into the Boulder County Business Hall of Fame in 2006, and Dave and Dee were recipients of the Boulder Chamber Lifetime Achievement Award in 2014. In 2020, McGuckin Hardware received the Retail Beacon Award from The Hardware Connection. He is survived by his wife of 70 years, Dee; three sons, Brent (Lori); Barry (Vicki); and Robb Hight; eight grandchildren: six great-grandchildren; and brother-in-law, Ron McGuckin (Monica). 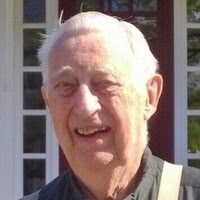 • William Round, retired owner of Round’s True Value Hardware in Stoneham, Mass., passed away February 5 at the age of 93. Up until 16 months ago, he was still repairing windows and screens at Round’s Hardware, where he was the mayor of the fastener aisle. His was one of the first stores in the Boston area to join True Value in 1965. He is survived by sons William (Karin), Mark (Margaret), Bruce (Kimberlee) and Winslow and seven grandchildren. He was predeceased by his wife Olive.

• James “Ray” Fulford, founder of Southern Home & Garden Ace Hardware in Carrolton, Ga., passed away February 14 at the age of 78. After being diagnosed with Parkinson’s disease and ALS, Ray set out to establish a neurology department at Tanner Medical Center so that those effected by Parkinson’s, ALS, Alzheimer’s and other diseases of the brain could be treated and cared for locally. This past year he seeded the endowment with a sizable donation. Ray is survived by wife Linda, daughters Kristi (Ben) Garrett and Andrea (Josh) Chapman, six grandchildren, brothers Don and Harold, sister-in-law Betty, numerous nieces and nephews.

• Andrew Pisulak, owner of Palmerton Lumber Company in Palmerton, Pa., passed away January 20 at the age of 64. He is survived by wife Kathy, children Stephen (Heather), Bethany (Kevin), Tanya (Jeffrey) and five grandchildren.

For the Full Story: 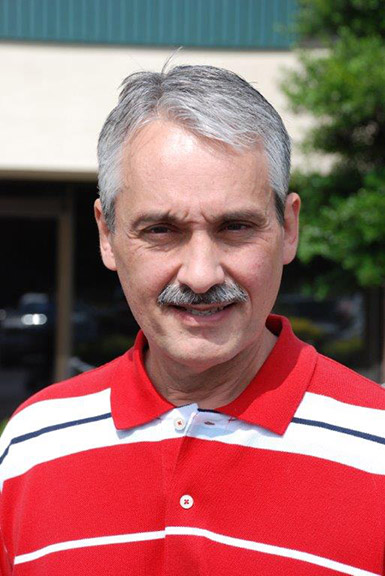 The announcement of Henry as House-Hasson’s new president was made by James Hasson, House-Hasson board chairman, who said that it fulfills a succession plan designed by Don Hasson. 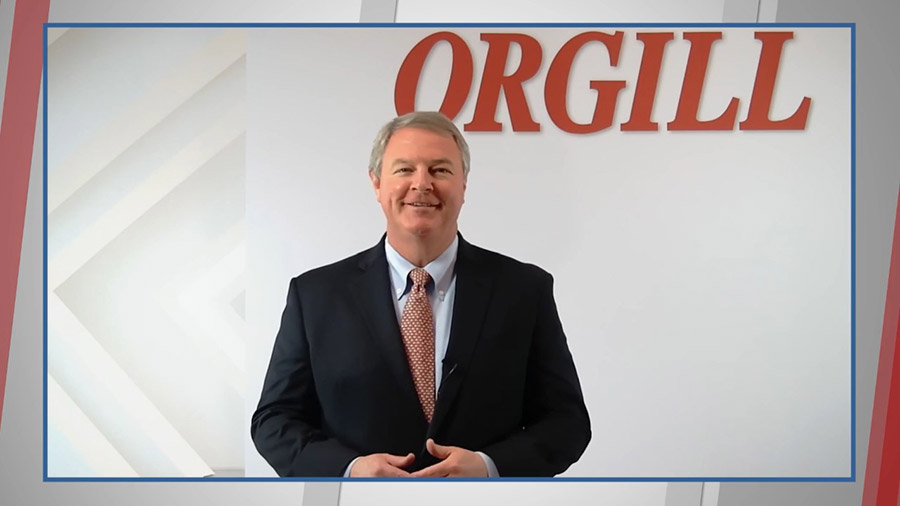 Orgill Inc. successfully concluded its Spring Online Buying Event, where it saw strong participation and set sales records, while rolling out a series of enhancements that made the two-week virtual event more intuitive and user-friendly for both exhibitors and retailers.

“We are pleased with customers’ response to our second Online Buying Event, which was highly attended and drove record sales. We learned a lot from our first event last fall and our team and vendors incorporated some great improvements into this event designed to make ‘working the show’ as easy and efficient as possible,” says Boyden Moore, Orgill president and CEO.

Preliminary results for the show, which took place February 8-19, indicate that more than 9,200 retailers attended the Spring Online Buying Event, and sales during the buying window topped those posted during the fall show and set another new record for Orgill markets. In all, nearly 1,000 vendors participated in the event offering retailers special buys, unveiling new products and helping retailers prepare for the upcoming selling season.

Moore delivered a virtual keynote presentation during the company’s online buying event that outlined how the wholesaler plans to build on a successful 2020 by capitalizing on industry trends, investing in technology and expanding distribution capacity.

Moore noted that Orgill’s sales grew 21 percent in 2020 to a record $3.04 billion. After reaching $1 billion in sales in 2006, it took Orgill a decade to hit $2 billion but just four more years to exceed the $3 billion mark.

“We worked our way out of all those restrictions,” he said. “We’ve had more new business possibilities than we’ve ever had, and while we’re excited about these new opportunities and continued growth, we will stay true to our mission to help our customers be successful.”

Orgill is continuing to work through some supply chain issues and hopes to return soon to its traditional high fill rate of 96 percent, with Moore pointing out that 30 vendors count for half of Orgill’s product shortages.