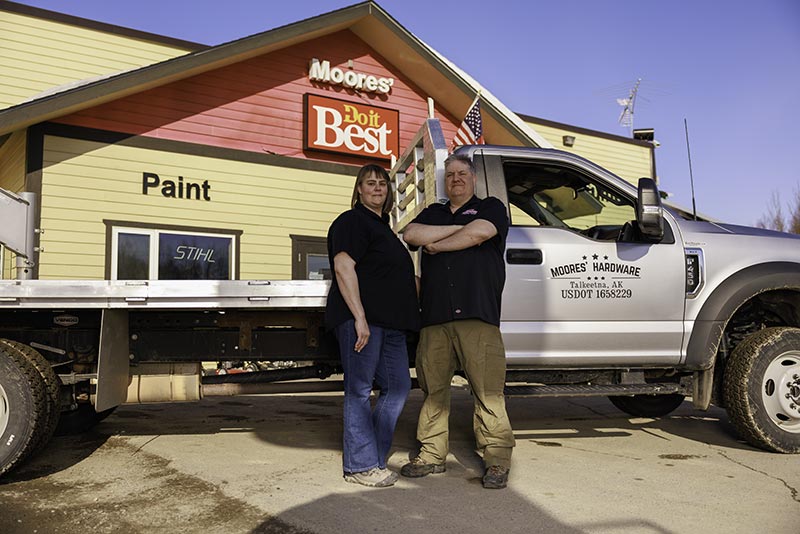 Evidently running a hardware and lumber store in a small remote town in Alaska isn’t challenging enough, because in his spare time, Doug Moore is rebuilding a house and garage that he has taken down to the studs. “That’s what people do around here—it’s a DIY town,” he says, shrugging off any suggestion that he’s got super human powers. 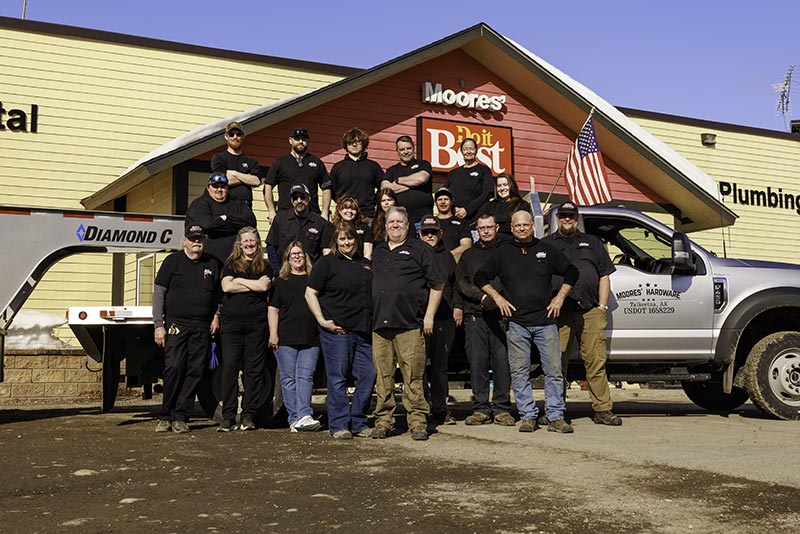 Doug and April Moore have developed a loyal and dedicated team that reflects their values and does whatever is necessary to serve the community.»

There is hardware retailing … and then there is hardware retailing in Alaska. Moore is the second-generation owner of Moores’ Hardware & Building Supply in Talkeetna, Alaska. The year-round population of 700 swells to 100,000 tourists from May to September, since Talkeetna is the last town before entering Denali National Park, for those inclined to see or summit Denali (formerly known as Mount McKinley)—the highest point in North America.

Since Moore has lived his whole life in Alaska, he is used to working hard to complete everyday tasks that are taken for granted in the lower 48 states. Conditions are tough, the weather is harsh and unforgiving, the terrain is rugged and his town and store are very isolated from the rest of the world. Getting inventory requires a cosmic combination of intuitiveness, patience and persistence. Not surprisingly, fierce independence is a rallying cry for Moore and the townsfolk who are his customers.

Moore and his wife April are proud of what they have accomplished with the family business, but they don’t see their everyday routines as anything special. The way they see it, they are just doing what has to be done, same as everyone else in their community. Read on to learn how tough conditions require tough retailers in America’s last frontier.

Continue reading in the July/August 2022 issue