Hardware and home improvement retailers are forced to make lots of big and small decisions on a daily basis, a reality that has been amplified by the COVID-19 pandemic. Many of these decisions are not significant in the grand scheme of things, but looking back with the benefit of hindsight, retailers can determine that certain strategic decisions proved to be vitally important to the success of their businesses.

Of course, there are also the inexplicable and downright bad decisions that could have been crippling and can now be viewed as a valuable lesson learned.

It’s also good to listen to what the experts say. To find out what 21 retail experts think is the biggest mistake retailers make and how to avoid similar missteps, click here.

We asked hardware retailers from around the country to share their best and worst business decisions and what follows are their responses. We hope you can take their advice and gain insights that will help you navigate a more defined path toward success. 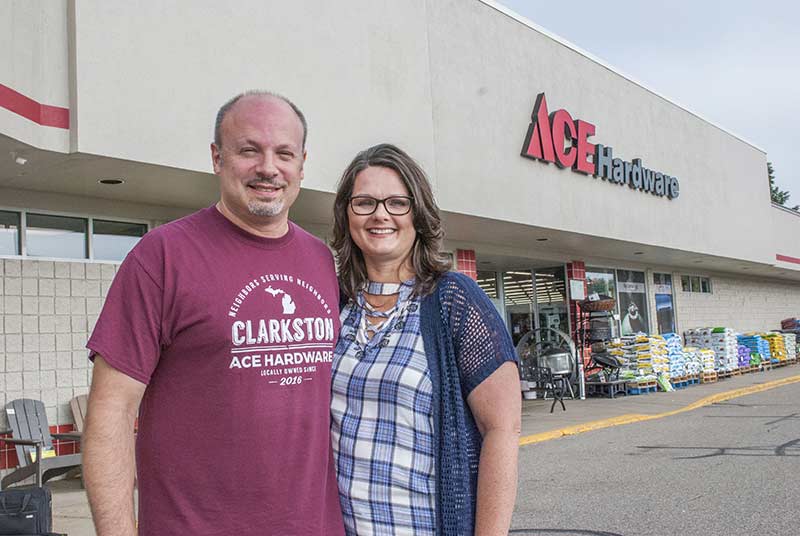 Jason and Melanie Haley, owners of Ace Hardware of Clarkston, were scrambling to keep up with their fast-growing business even before the pandemic hit.»

Best Decision—The best decision we ever made was overcapitalizing the business. I did not have much of an appetite to increase my borrowing way over what our pro forma stated, but Ace insisted and it was the best decision we made to follow the recommendation. We exceeded our year-one projection by over $1 million and never would have had the cash flow to finance the growth if not for that extra capital.

Worst Decision—The worst decision we ever made was reducing our stock room and storage space when we were setting up the store. We assumed it would take 10 years to reach the sales number in our pro forma, but we reached that number in our first year. We planned to ease into any additional requirements for space over the years, but instead were dead out of space within 10 months. 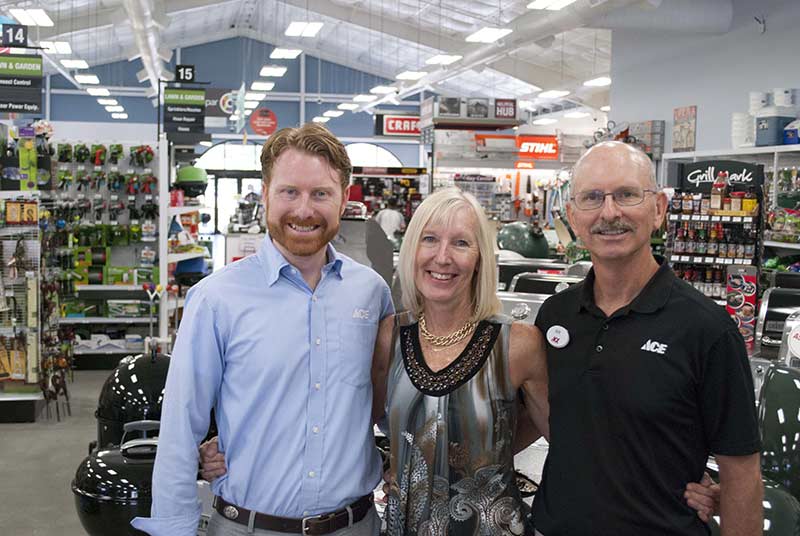 Bobby Heuser (left) and his parents Renee and Bob Heuser all left rewarding careers to open a hardware store together in 2015. They now operate two Heuser Ace Hardware stores in South Carolina.» 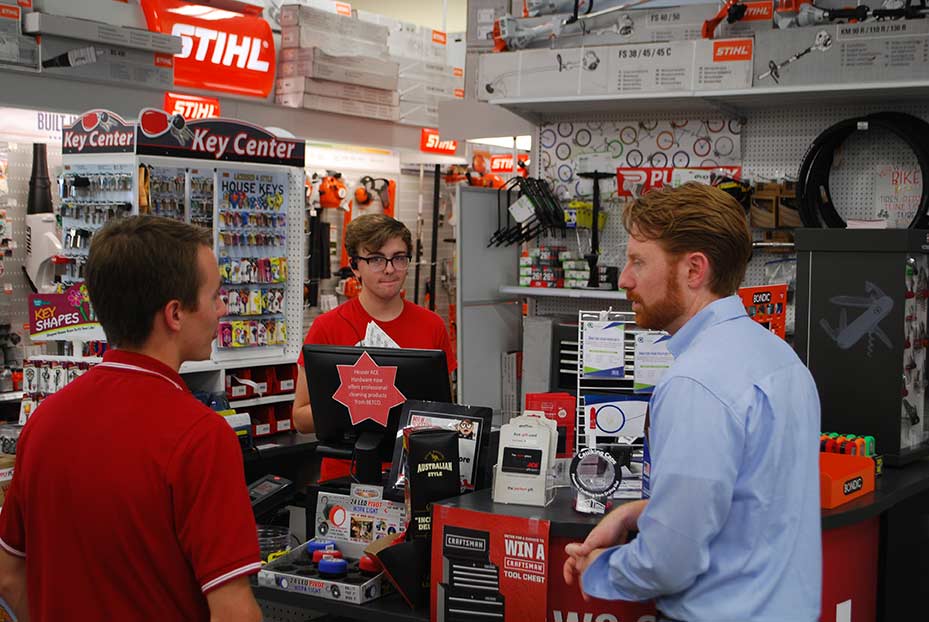 Bobby Heuser holds an MBA and previously worked as a consumer strategist for a major bank, so he is accustomed to relying on data to make strategic decisions.»

Worst Decision—I think this is important given today’s very challenging hiring environment, but one of the worst things I’ve done over the years is hiring someone because I needed someone, despite the person not being a good fit. Filling a gap is a short-term problem, and this gives a short-term solution, in exchange for a long-term problem. That’s a bad deal, and something I’ve tried to continue reminding myself as we work through this staffing shortage. Only hire folks because I want them as an employee, not because I want to eliminate a gap.

Best Decision— Don’t be afraid to fail. We bring in a minimum of one new brand every year, and if it fails that’s fine, we walk away from it. But we inevitably find a few successes over time, and it keeps the store fresh and interesting. 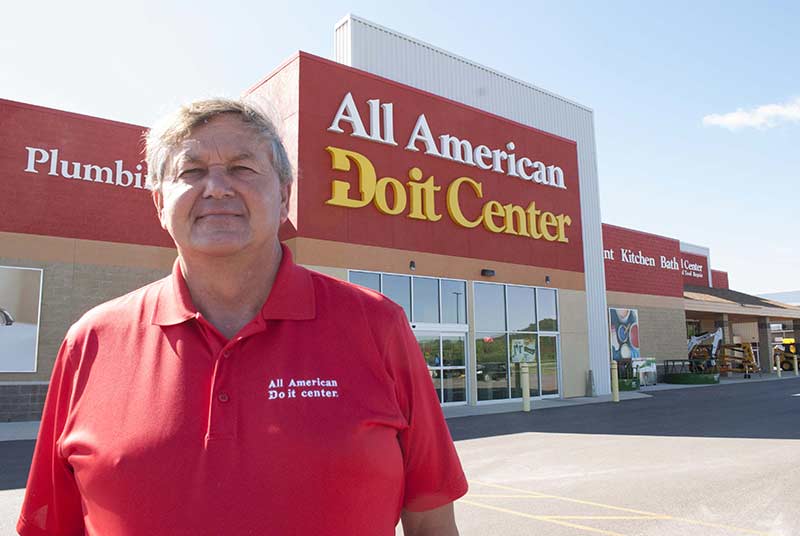 Brian Buswell, owner of All American Do it Center, has found success going into smaller markets that are underserved by home centers.»

Best Decision—My best decision was to sell shares in the company and take on minority partners. In the beginning, we started in one store with 600 square feet of showroom. Recruiting talent was difficult, if not impossible. Our town of 500 people was not a draw. Our facilities saw their heyday before the advent of forklifts and were not going to help building a team. Pushing the narrative of potential growth to interviewees was a heavy lift. Ownership in the company was the only way I could think of to recruit talent and not eventually lose them to greener pastures.

It worked. We now have three 30,000-square-foot home centers, rental departments with over $2 million of inventory, a steel panel manufacturing facility and develop real estate owning close to 1,000 apartments. I could never have done all this retaining 100 percent ownership.

Worst Decision—Without a doubt the worst decision I made and repeatedly made for decades was to tolerate subpar performances from my employees. It was not hard to see their deficient efforts: not meeting expectations, lack of problem-solving abilities, lack of looking ahead and anticipating issues. I always made excuses, citing my lack of effort in training them properly or their lack of experience. I reasoned that things would get better with more time. They didn’t. Those individuals wasted my time and the company’s resources. 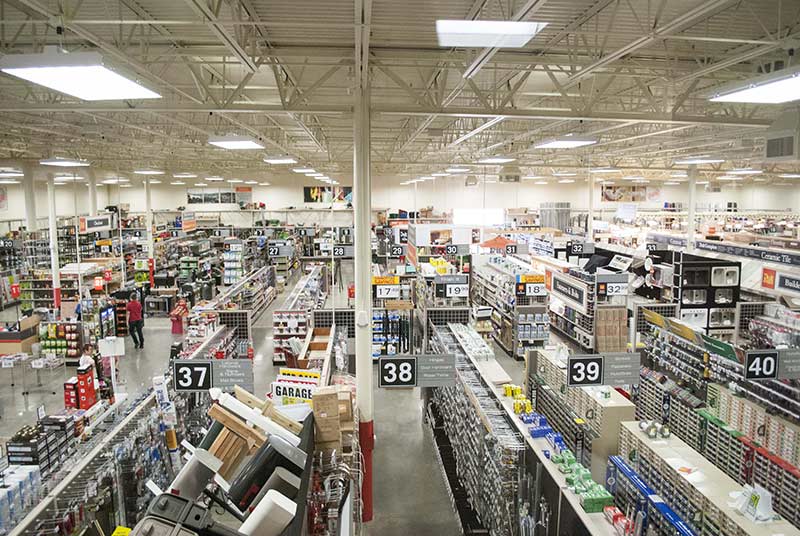 All
American Do it Center opened its third ground-up store in Richland Center, Wis., in late 2014.»

Looking back on it now, I believe I did not do those individuals any favor by keeping them around. It was evident they really did not want to be employed by us. They could have been searching for work more fulfilling had I let them go when I first knew in my heart it was not going to work. It might seem like a rationalization, but everybody has a niche; they just need to find it.

Brian Buswell
All American Do it Center
Tomah, Richland Center and Sparta, Wis. 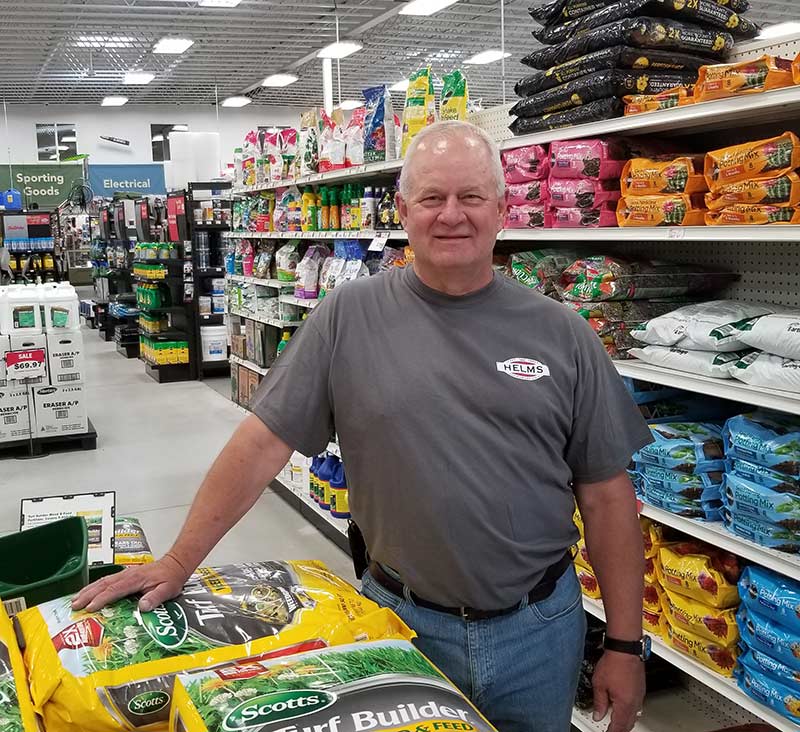 Although lawn and garden is one of the top categories at Helms True Value Hardware, Brad Helms believes there is still lots of room to grow sales in that category.»

Worst Decision—The worst mistake was being closed on Sundays. Starting about 1998, we’ve been open every day now.

Best Decision—The best decision has been expanding into a new building, from a 7,500- square-foot store to a 18,500-square-foot space. The customers have responded really well to the new store. 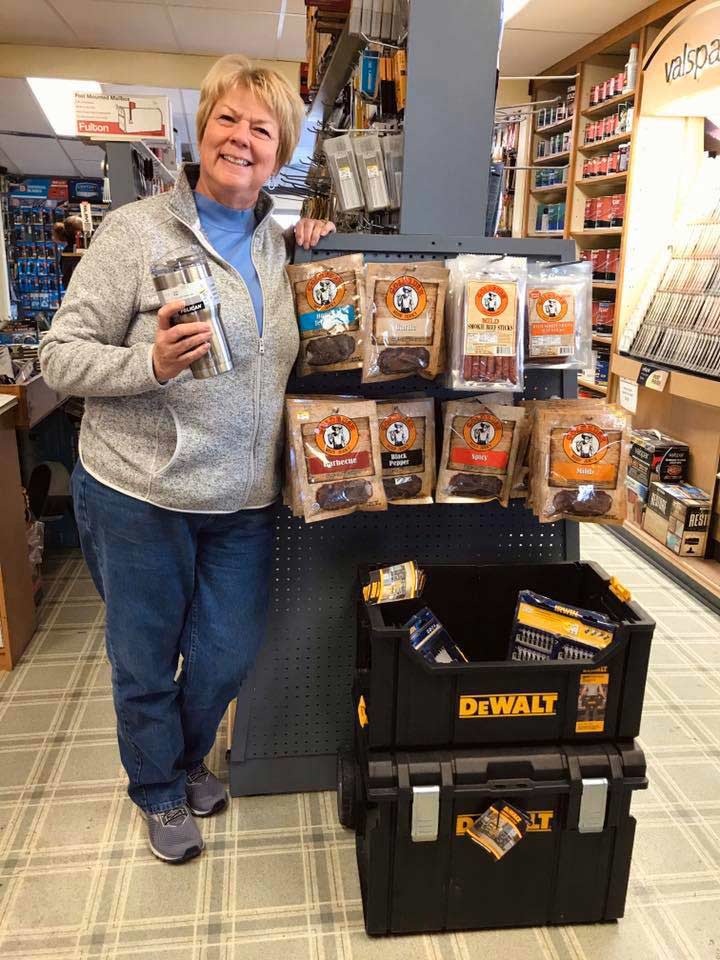 Sharri Fuller has owned and operated Toronto Lumber in Kansas for over 40 years.»

Best Decision—The best decision would be bringing in my son, Drew Hoag, to work here. I’m getting near retirement and put in lots of hours. He’s added another dimension, a younger brain to figure things out. We’re excited about the future. This has been a lumberyard since 1880, so we look forward to fixing it up and keeping it going.

Worst Decision—Probably the worst one was buying a lumberyard in 1980 at 18 percent interest on the loan. 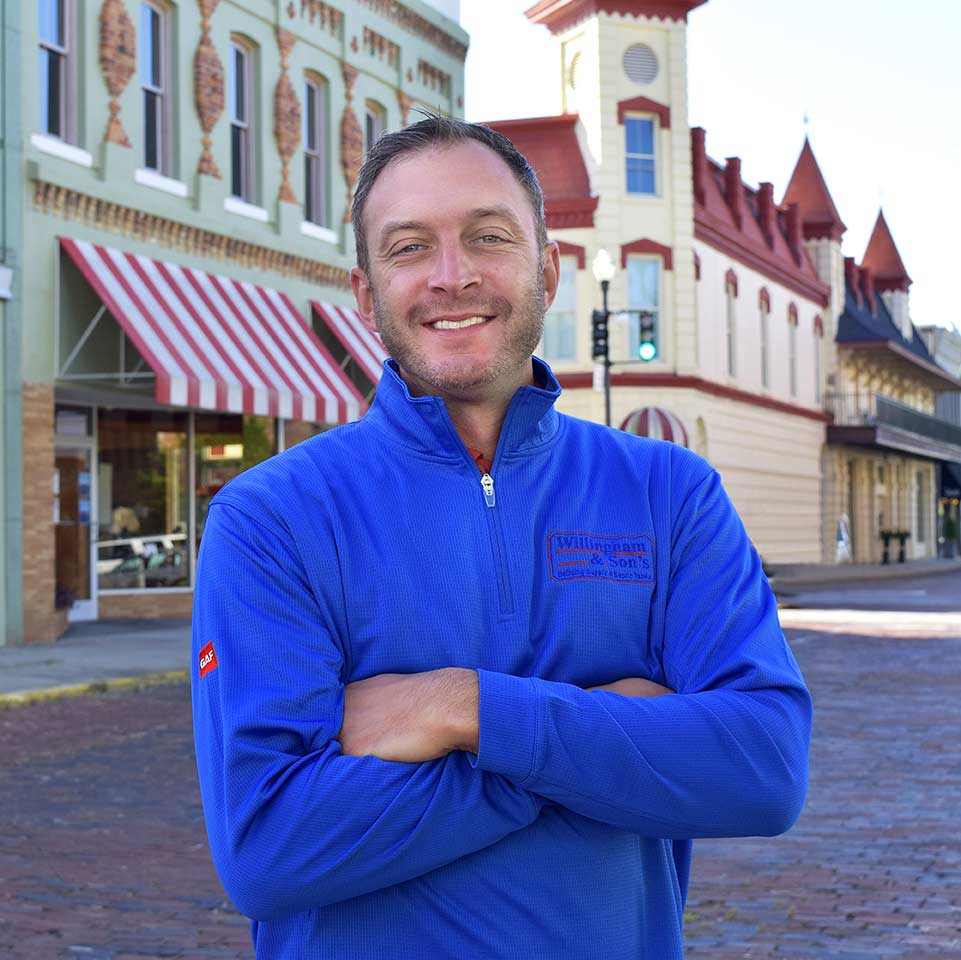 Worst Decision—Probably the worst has been complacency, being stagnant and not growing with the times as needed. In 2009, there was a nuclear plant being built in our area. It was a 10-year, $10 billion project, and we didn’t know about it. One of our competitors started selling to the project, and we would see truckloads of their lumber driving right by our store. We were dumbfounded, but we researched and found out about the project and that we were behind the times. We weren’t doing our homework. We didn’t even have an email then.

Best Decision—That leads to the best decision, which is getting into the digital age. We brought in an electronic point-of-sale system and set about changing our business. By 2014, our business had increased 57 percent. We embraced technology and were able to do more business in less time.

Best Decision—Bringing in Weber gas grills. We started selling them about 25 years ago. A customer called and asked if we could get him a Weber gas grill. We were impressed with how well constructed the grill was. From that original customer, he told his neighbors and they bought from us, and it just grew from there. Last year, we sold 150 gas grills. Year to year, we’re consistently selling about that same number of grills.

Worst Decision—Not taking in Benjamin Moore paint when we had the chance. We were with another paint company and didn’t switch soon enough. Someone else in the area started selling Ben Moore, then we couldn’t get them.

Worst Decision—We should expand. We’re getting to the point of needing more room. We need a bigger place and outgrew this one years ago. So, it would have been helpful to expand earlier.

Best Decision—The best decision was getting into more categories, such as zero-turn mowers and a bigger lawn and garden department with more outdoor power equipment.