Costello’s Ace Hardware, which now operates 46 locations in five states—New York, Maryland, Virginia, New Jersey and Pennsylvania—has even more ambitious goals. The retailer has stated it seeks to reach 75 stores and $250 million in sales by 2025. Costello’s had four stores doing $8 million in 2000 when it entered a growth mode. 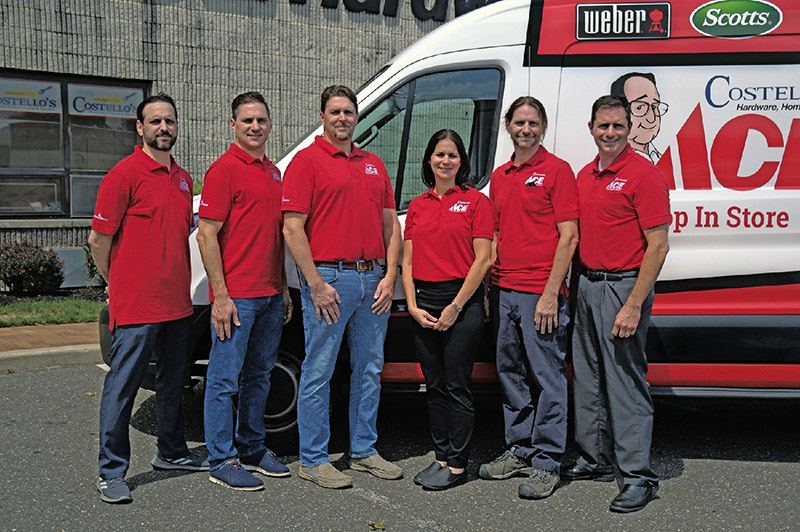 The Hardware Connection interviewed Marketing Director Joey Costello, one of six siblings in a leadership position with the company, which was founded by their father, Vinnie Costello, in Deer Park, N.Y., in 1973. Read on to learn more about the successful strategies Costello’s Ace Hardware has followed on its fast track to growth. 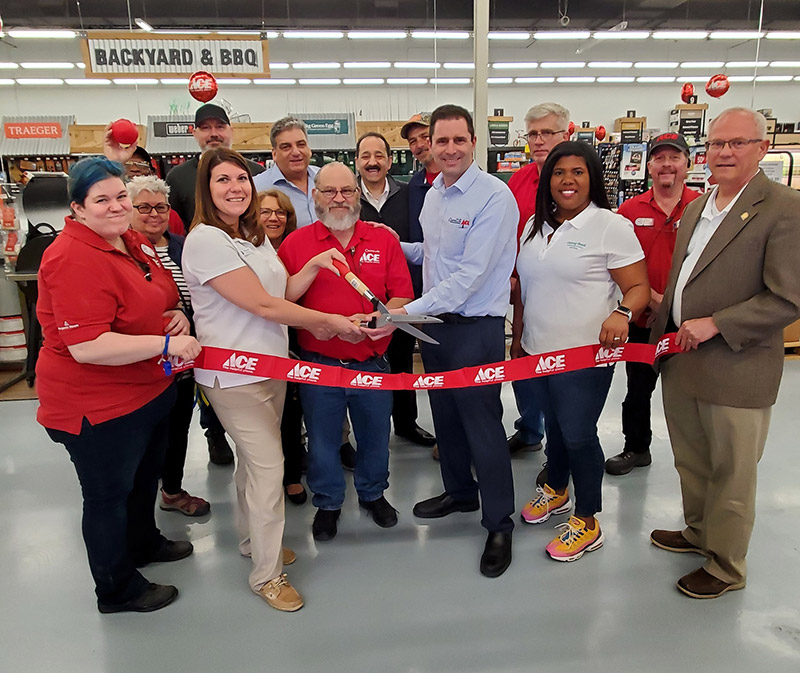 A grand reopening was held in April 2022 for the store in Colonial Beach, Va., that was formerly a True Value.

With 46 stores now open in five states, what are your short-term and long-term goals for number of stores?

Every year our executive team, in August and September, they close themselves off for a couple of weeks and start doing strategic planning for the following year. Back in 2019, my brother Michael (CEO) wanted to do some longer-term planning. He came up with the five-year plan for our growth strategy from 2020 to 2025. We have a goal of reaching $250 million in revenue and 75 stores by the end of 2025. It’s pretty aggressive and it’s been our battle cry since then. At the time, we had 34 stores, so we’ve added a dozen stores since the announcement. As of today, we are ahead of the goal on the revenue side and we’ll probably add six stores next year. 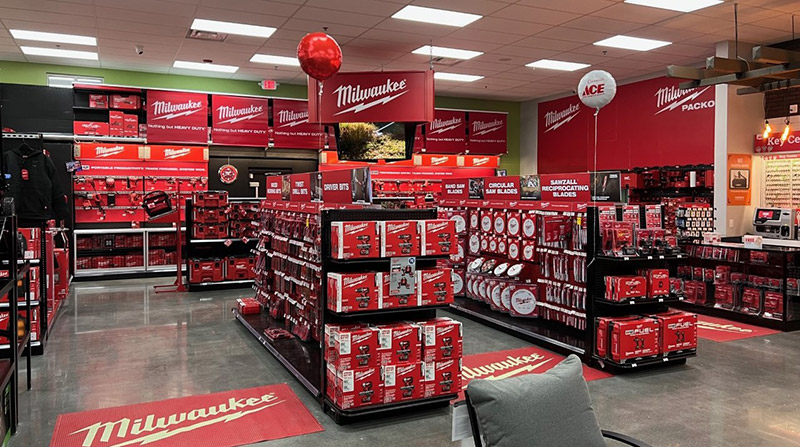 Are there specific geographic areas where you’re looking to add stores?

Virginia is definitely an area we’re looking for as a growth area. Maryland still offers a lot of opportunity. We just added four stores in northern New Jersey and one just across the border into Pennsylvania with a five-store acquisition (Smith’s Ace). We’re looking to fill in strategic areas between our New Jersey and Maryland locations. If there are opportunities to push a little bit to the west, we would consider that. We prefer to stay in more of a metropolitan area or suburbs of a major city. If we had an opportunity to buy a really successful business in California that had five great locations that were making money, I don’t think we would shy away from it. 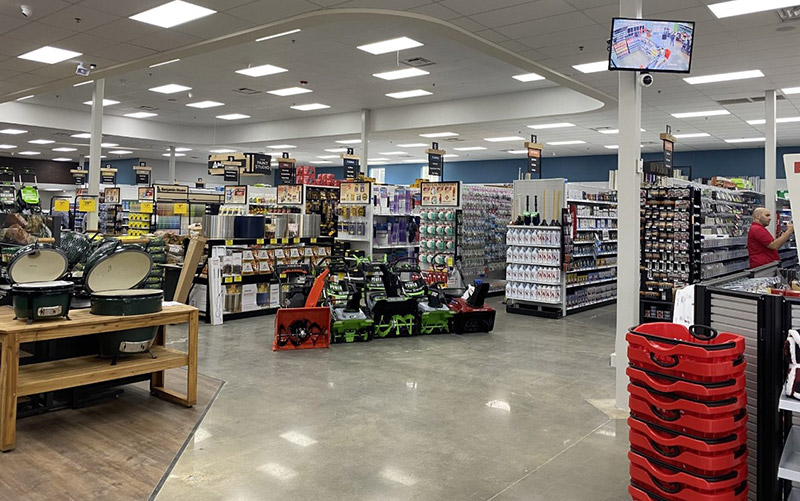 The Purcellville store opened in a former Rite Aid location as Long Island-based Costello’s looks to expand its footprint in states like Virginia and Maryland.

How difficult is it to continue growing aggressively during a period of economic uncertainty?

In times of economic uncertainty, it’s the business people who remain aggressive that tend to come out of it doing well. History will tell you that if you hunker down in those down moments you might not make it out, but if you remain aggressive and make smart decisions you can still grow. We’re all about growth. We’re definitely eyeing growth even now in a down economy. 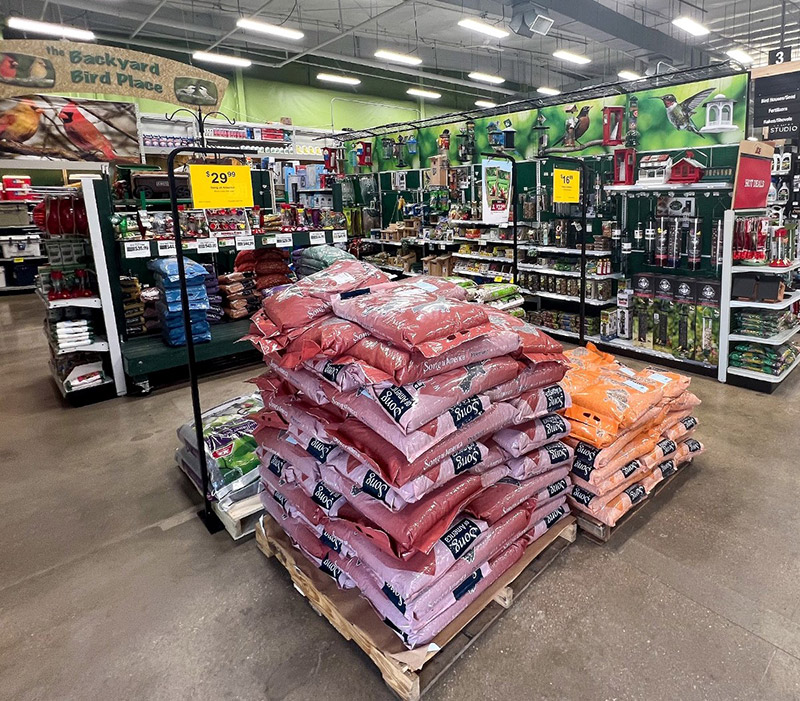 Birding and barbecue are two of the categories Costello’s looks to be dominant in with premium brands.

What factors are most important when considering possible acquisitions?

Our growth is largely dictated by the opportunities that are around us. Historically, our company grew mainly through ground-up locations. That was in the earlier days of the business. But in the past five years we’ve grown by 18 locations and 14 of those have been through acquisition. The next few years, as we hopefully grow to 75 locations, acquisitions are our biggest opportunity. There are a lot of great retailers out there that have built amazing businesses but don’t have a succession plan in place. Frankly, they’re aging out of the business. We’re looking for strong companies with similar values as us and to try and help those owners monetize their life’s work while continuing to support their communities and people at the same high level as they did. 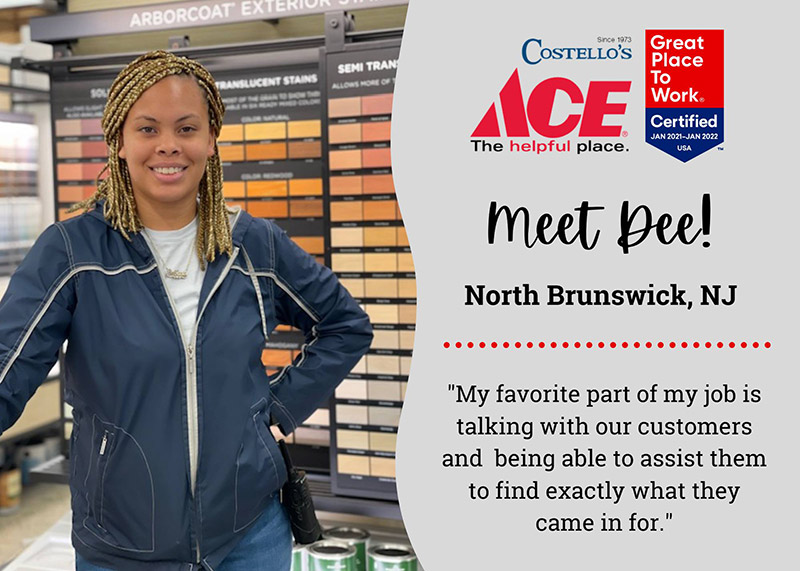 We look at market demographics, location, competition in the area, sales history, operating profit, store size, if there is any opportunity for improving their business model, just to name a few factors. Ace to Ace acquisitions are easier, but we’re not afraid to convert. We’ve successfully done True Value to Ace a few times now. Our first three stores in Virginia were longtime True Value dealers and we just finished converting them to Ace about a year ago.

We’re also looking at what we can take from the business. What can we learn from another retailer that’s doing something that we’re not into? Back in 2017, we acquired three stores in Maryland that had a unique business model. All three were typical Ace stores, but they also had a niche business selling hot tubs and hearth appliances in their hardware stores. At the time, those three stores were doing a million and a half in hot tubs and now we’ve taken that business model and grown it to 12 locations where we have hearth or hot tubs or both.

Continue Reading in the December 2022 Issue