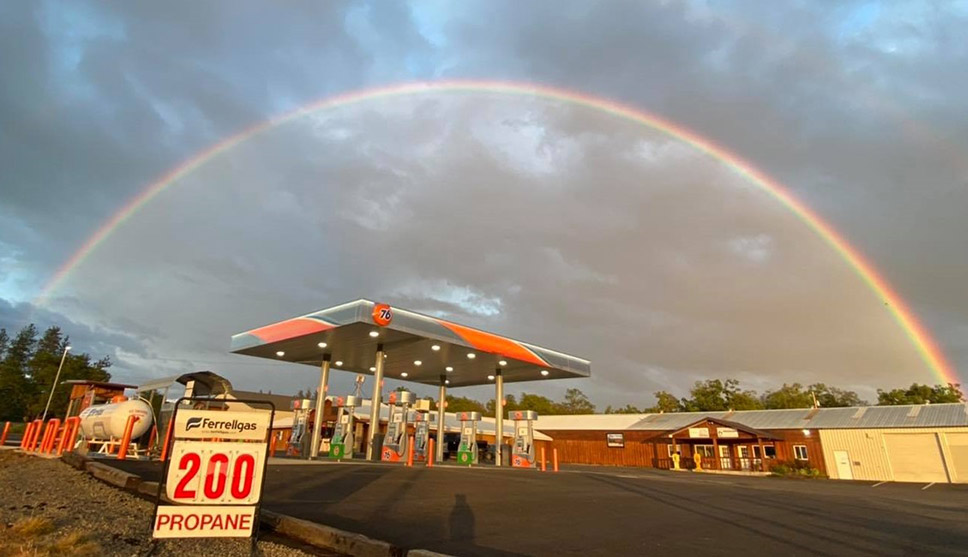 A rainbow was spotted recently over Rainey’s Corner Market.»

In the quiet town of White City, Ore., one local business has been serving the small community for the past 43 years. Rainey’s Feed and Hardware started out as a small grocery store with gas pumps that was bought by Mike and Bobbie Rainey in 1978. It has now grown into a large complex, having added a hardware store, animal feed, a butcher shop, deli and hair salon.

As a true family operation, Chloe Ellis has taken over running the store her parents turned into a community staple, while her husband, Travis, runs the butcher shop, and her sister Christal Rainey handles the bookkeeping and helps in grocery. And although he is officially retired, Mike Rainey can still be found working on rentals, picking up bales of hay from area farmers or taking over the store for a little while so Chloe and Travis can have the occasional vacation. 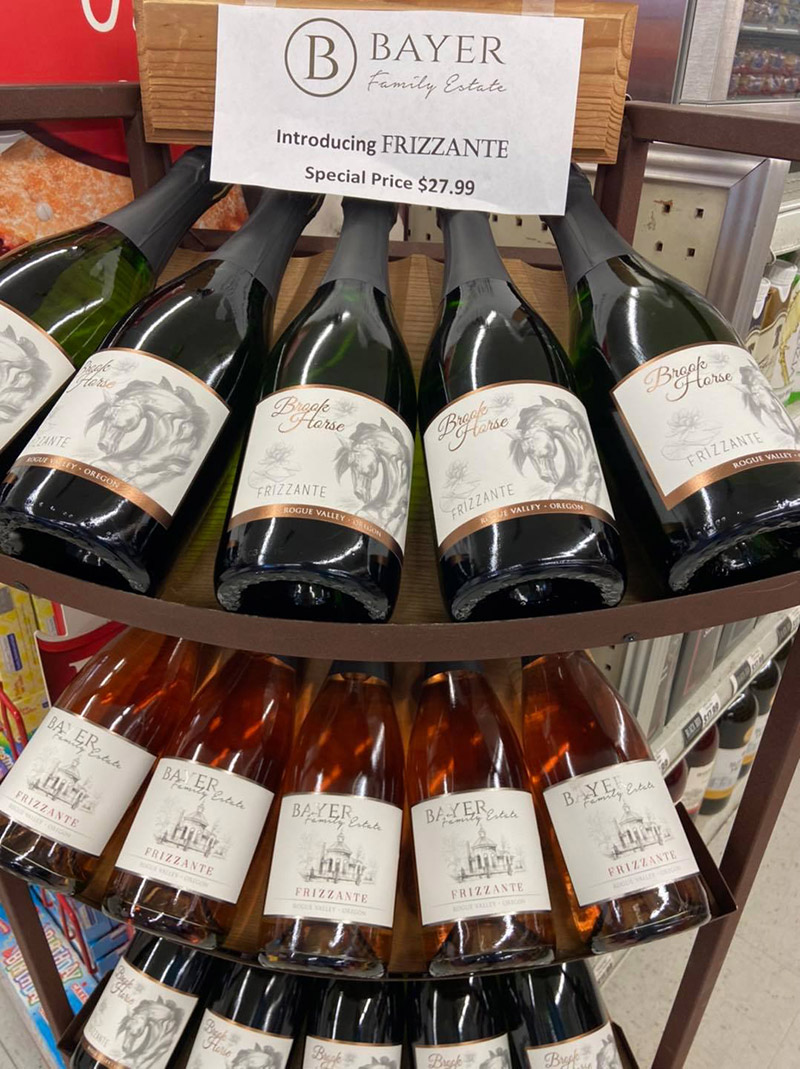 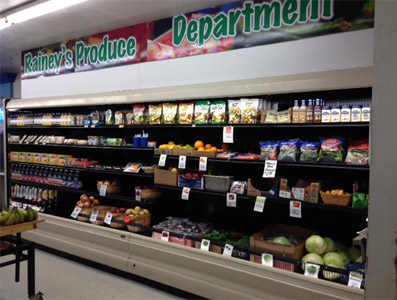 Rainey’s Grocery includes a full produce department and in the back is a full-service butcher shop.»

“My father met my mother in the store, which had been just a grocery store,” Chloe points out. “On my first birthday he announced that they were buying the store. On April 1, 1978, they opened up as the new owners.”

The butcher shop, Rogue Meats, is owned by Travis and operates in leased space. The full-service shop handles everything from skinning and processing to cuts, wraps and smoking.

“Travis is full time running the meat shop,” Chloe says. “He processes beef and hogs for people and wild game such as deer and elk. He also offers in-house custom smoking and makes three flavors of jerky and pepper sticks.”

The hair salon space is also leased, while City Grinders is a good place to grab a quick bite to eat such as a sandwich or burger.

While all these ancillary businesses help bring in regular customer traffic, Rainey’s Corner is primarily focused on serving the community with grocery, hardware and feed. “We are 12 miles to the nearest grocery or hardware store, and we serve five zip codes here in an unincorporated area,” says Chloe. “The Rogue River runs between us and the three closest towns, and people are reluctant to cross the river to shop.”

The hardware store started out where the hair salon is now, with feed added in the late ‘90s. They were later able to expand hardware from 1,500 square feet to the current 6,000, and have been Do it Best members since the 1980s. 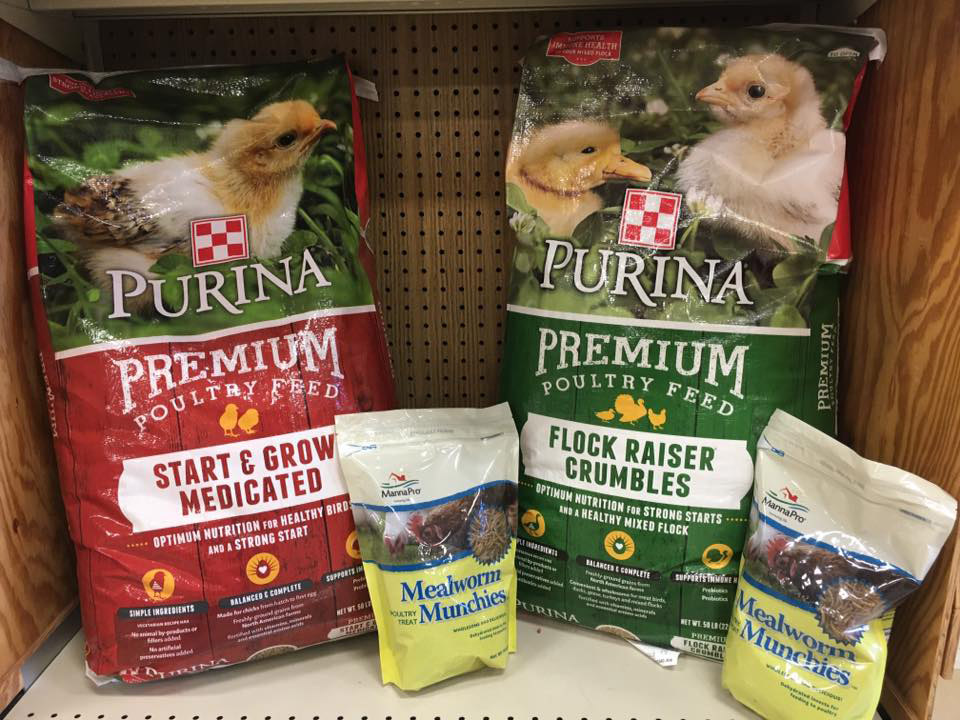 Rainey’s website contains blog posts with tips on raising poultry, the importance of a chicken coop and winterizing chicken coops. »

Stepping Up During the Pandemic

Establishing Rainey’s as a complete one-stop shop has been vitally important during the pandemic. “For our community, it’s about taking care of people’s basic everyday needs whether it’s food, hardware or feed. If you can’t get it at Rainey’s Corner store, then it’s an hour to somewhere else,” Chloe points out.

“If there were people in more need this past year during the pandemic we wouldn’t know,” Chloe says. “Most people are very independent and reluctant to have you do anything for them. We might get two customers a month who wanted curbside service.”

She says their biggest issues once the pandemic kicked in were mostly stocking and staffing. “We had to diversify our offering to meet the level of need in the community and to maintain cleanliness. Hardware fared best with finding substitute items. We were fortunate on the feed side that we were able to stay ahead during periods of allocation,” Chloe adds. 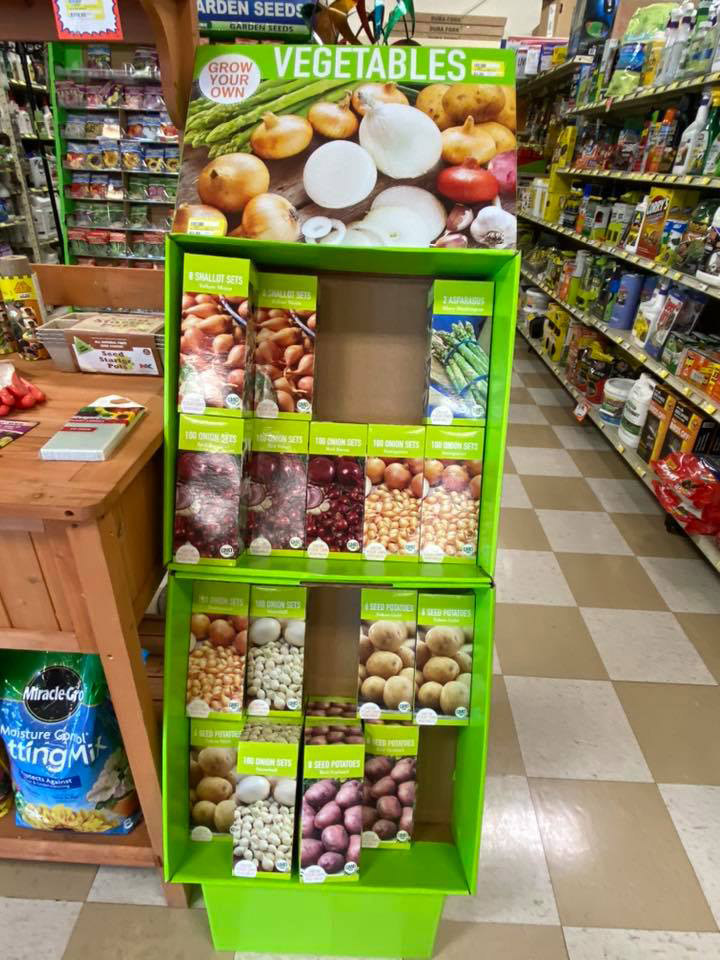 During the pandemic many customers wanted to start growing their own vegetables.»

They could see that people changed their shopping habits during COVID. “When we first added the meat department people went from convenience shopping here to grocery shopping. So, grocery had been established here before the pandemic,” she says.

Throughout the pandemic Rainey’s sales have been up more than 25 percent for both grocery and hardware. Rainey’s hardware store is open 7:30 to 7:30, which is longer hours than many hardware stores are open, and then the grocery is open 6 a.m. to 8 p.m. seven days a week.

“The increased demand for products increased our staffing needs during the pandemic. We’re hopeful that we can see things breaking back to normal soon,” Chloe says. “Customer service is something we focus on, and we’ve been sure to let employees take vacations so they can keep their energy up.”

Gas, hardware/feed and grocery all operate with separate POS systems and with separate financials and there are different managers for grocery and hardware, Chloe points out, adding that marketing is also handled differently. 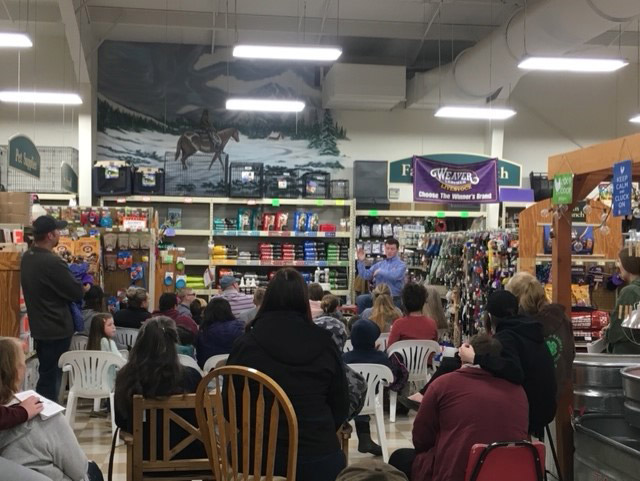 A stock show success seminar was held recently in the store for local 4-H students.»

“Grocery and hardware are two different businesses and need to be run separately. You need to have freshness on the grocery side,” she says. “If you don’t have a grocery store nearby, then it’s wonderful to take care of your customers’ food needs. This model doesn’t apply as much to city living, but it’s an excellent model for rural service.”

“Each month we’re dealing with about 30 vendors on the grocery side, while bill-through with Do it Best is a huge advantage for us with the buying power on the hardware side,” Chloe says.